By lactationmatters on 10 November 2011 in Uncategorized 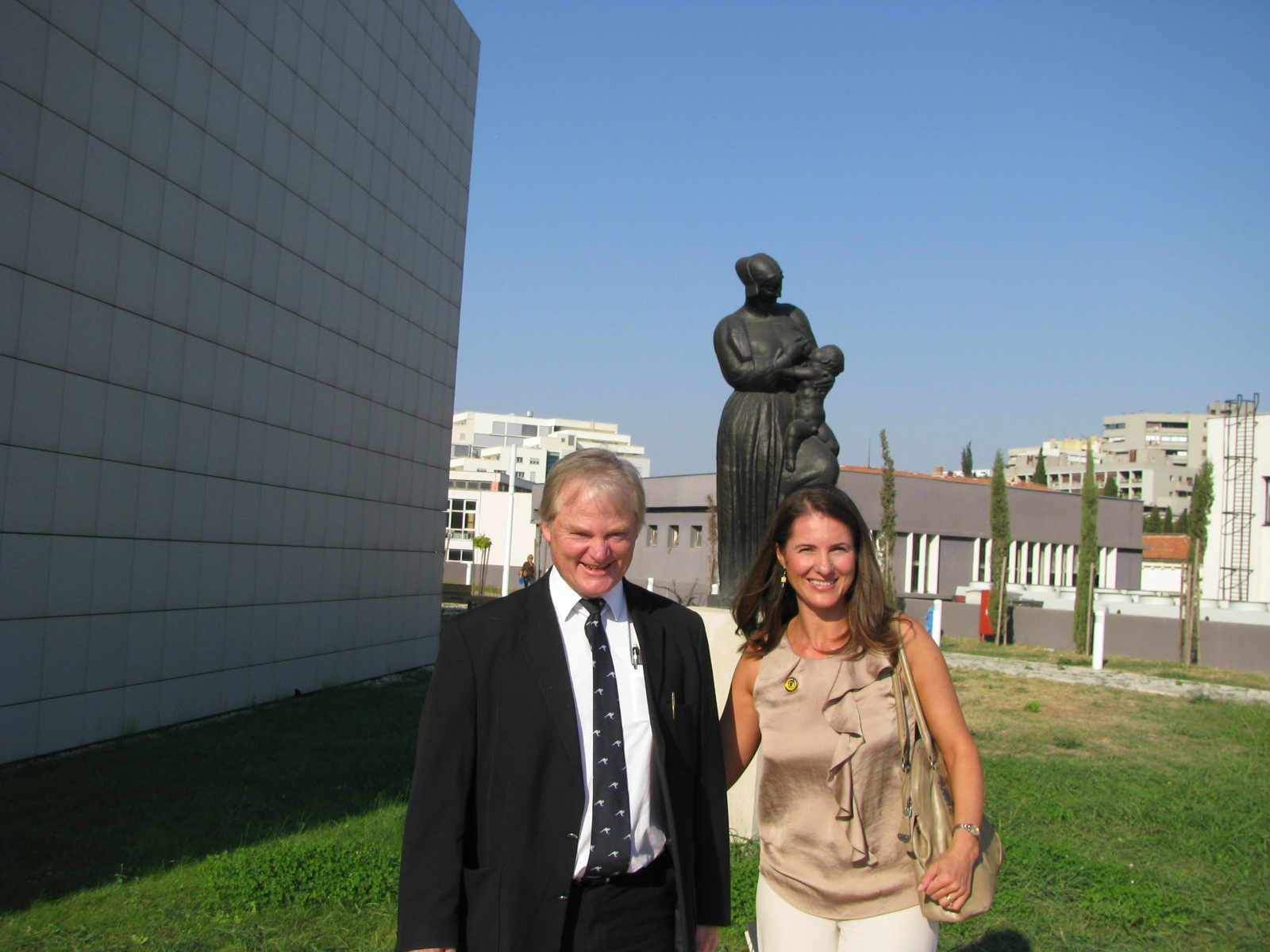 Irena Zakarija-Grković, MD, FRACGP, IBCLC, is a GP and passionate breastfeeding advocate from Melbourne, Australia who moved to Split, Croatia in 2004 with her husband and three children. Irena now works at the University of Split School of Medicine where she is involved in teaching and research. Irena is a founding member of the National Breastfeeding Committee, a BFHI educator, president of the Croatian Association of Lactation Consultants, 80-hour breastfeeding course provider, former IBLCE coordinator for Croatia and an active member of ILCA (volunteer member of Scholarship Committee and Multilingual Committee)and ABM. She also conducts breastfeeding classes for expectant parents, does some private practice as a lactation consultant and is the author of several chapters in Croatian on breastfeeding . Irena loves what she does and tries hard to infect others with her enthusiasm for breastfeeding.

Back in 2007, I was a fortunate recipient of an ILCA scholarship and so, thanks to the generosity of numerous friends of ILCA, I was able to attend my first ILCA Conference, held in San Diego, California.

It was an exhilarating experience and among the many interesting talks I attended, the one that stood out was the talk given by Nils Bergman, on the importance of skin-to-skin contact for brain growth. After the presentation I struck up a conversation with Nils and soon found out that Nils traveled to Europe regularly to visit family in Sweden. Immediately, the thought of Nils visiting Croatia came to mind but seemed too farfetched to mention at the time, so I left San Diego with some lovely memories and lots of useful information and resources.

Upon returning to Split, I realised that unless I tried to bring top experts to Croatia the likelihood of my colleagues hearing about the latest recommendations in the field of breastfeeding medicine was minimal, and hence I set about making plans on how to bring the exciting world of evidence-based breastfeeding medicine to Croatia. This wouldn’t have been possible without collaborating with neighbouring Slovenia, specifically the Slovenian Association of Lactation Consultants and UNICEF in Slovenia. Together we’ve brought several renowned speakers to our neck of the woods over the years and by doing so have raised the awareness of the importance of breastfeeding. This, in addition to organizing an annual 80-hour breastfeeding course for health professionals (5 years running) and getting the IBLCE exam translated into Croatian and offered in Split (since 2009), has brought the number of certified lactation consultants in Croatia from one in 2007 to 21 in 2011!

This year, for WBW, the Croatian Association of Lactation Consultants (CALC) was honoured to welcome Nils Bergman to Croatia. My dream had come true- thanks to Nils’s trust in me, his generosity of spirit, and to the support of my Croatian and Slovenian colleagues. Nils’s tour started off with a two-day visit to sunny Split where he was run off his feet meeting the media, giving talks to health professionals and demonstrating to mothers and staff at the University of Split Neonatal Unit how to practice kangaroo mother care. 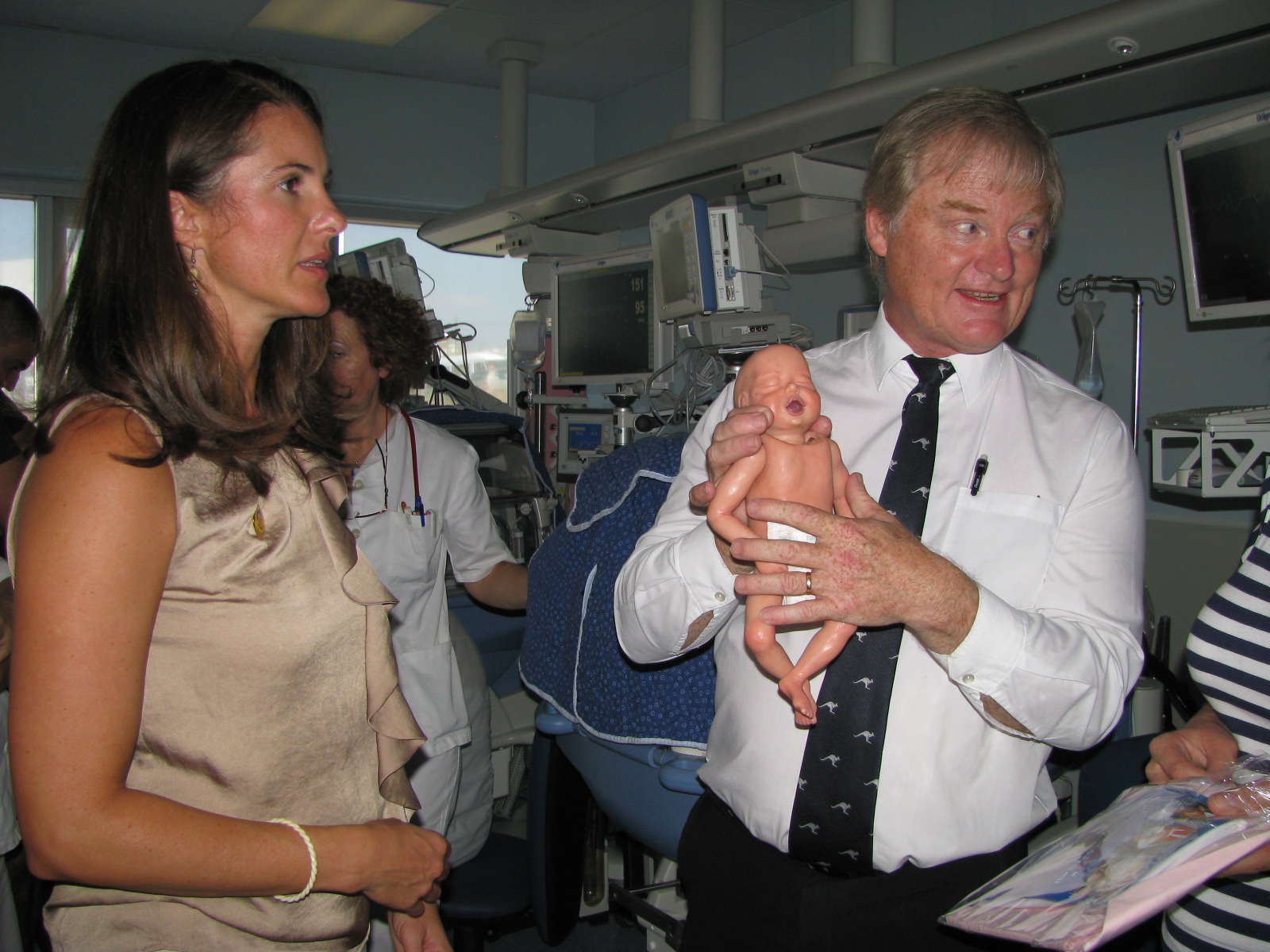 The latter was the highlight of Nils’s visit because it brought home the importance of placing the baby in its proper environment, the beauty of which brought tears to the eyes of all present. For some mothers with babies in the Neonatal Unit, it was the first time they had held their children. The media were so impressed with what Nils had to say on the topic of caring for premature babies that he made the midday news and was featured on four other TV programs!

Next, Nils spoke in Zagreb, the capital of Croatia, to a full house at the Hospital of the Holy Spirit and was then whisked off to Lasko, in Slovenia, where he was an eagerly awaited speaker at the Slovenian breastfeeding symposium.

Despite all the work involved in organising Nils’s visit, it was well worth the effort and has brought hope, joy and revelation to all those he met. Thanks Nils and good luck with all of your endeavours in promoting kangaroo mother care!

Clinicians in the Trenches – Jaye Simpson
The Essence of Nelson Babies Growing: Part One