By lactationmatters on 17 January 2012 in Research

Undoubtedly, the field of lactation continues to be an exciting subject of study, particularly as newfound evidence from developing research studies are confirming and fortifying the importance and benefits of breastfeeding. Knowledge of the latest research findings can be invaluable to the clinician who has the opportunity to encourage and educate the breastfeeding mother, particularly as they are able to assist in overcoming obstacles to breastfeeding that could make a difference in women’s health. 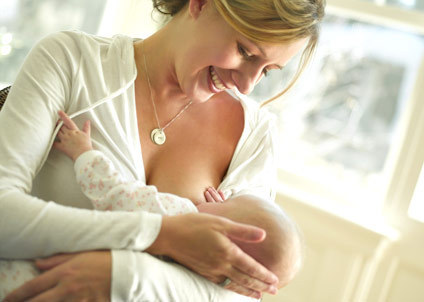 A recent study published in the American Journal of Epidemiology demonstrated that mothers who breastfed for a minimum of six months were less prone to developing hypertension over a 14 year period compared to those who bottle fed. These findings are contiguous with previous studies which have established that women who breastfeed have lower risks of diabetes, heart disease, and high cholesterol later in life.

In this latest study, researchers examined the relationship between breastfeeding and later risk of developing hypertension among approximately 56,000 American women who took part in this long-running study. All women participating in this research had at least one baby.

While findings included substantiation that an estimated 8,900 women from this study were ultimately diagnosed with high blood pressure over more than 20 years, data revealed that the probability women would develop hypertension were 22 percent higher in the incidence of not breastfeeding compared with women who exclusively breastfed for six months.

More specifically, this particular study concluded that never or abridged lactation was correlated with an increased risk of incident maternal hypertension, contrasted with the endorsed 6 months of exclusive or 12 months of total lactation per child. Researchers had also estimated that up to twelve percent of high blood pressure cases among women with children could be associated with “suboptimal” breastfeeding, including mothers who gave their babies formula or breastfed for less than three months. These findings are of utmost significance to the lactation consultant, who may make the difference in a mother’s long-term health by removing barriers that may prevent her from successfully breastfeeding.

To be directed to the original research study, please continue reading here.

Research findings such as these continue to give substantial support to the role of the lactation consultant in a mother and baby’s well being, particularly as the LC has the ability to empower a mother to create optimal health for herself.

What research findings do you find beneficial in sharing with your own clients?

4 Responses to Breastfeeding and Hypertension