By lactationmatters on 27 March 2012 in Breastfeeding News, Research, Uncategorized

With the growing concern of obesity in the United States, the implications for breastfeeding women are not completely understood. The frequency of obesity of adult women in the United States, particularly of those women who are considered to be within the reproductive age (20-39 years old), is increasing rapidly. A recent study has analyzed how a high fat diet may alter lactation outcomes, revealing possible complications for mothers who consume high-fat diets during pregnancy or who are overweight or obese.

Several studies have demonstrated the negative effects of obesity on various physiological pathways. Such outcomes resulting from excessive weight gain during pregnancy include increased risk of developing breast cancer, increased birth weights in offspring, augmented probability of developing obesity or metabolic syndrome in their lifetime, development of gestational diabetes, and the possibility of delayed lactogenesis (failure to lactate for more than 72 hours postpartum). This is particularly important for the breastfeeding mother, as delayed onset of lactogenesis has also been correlated with overall shorter duration of breastfeeding. While it has been determined that obesity is a contributing factor to the interference of normal lactation cycles in mothers, the mechanisms within mammary glands that trigger delay of lactogenesis are yet to be understood.

In this recent study by Hernandez et al, the possible mechanisms by which high fat diets effect lactation outcomes were explored on rodent models. These researchers discovered that the mammary glands of rats ingesting a high fat diet had a significant reduction in the number of intact alveolar units within the mammary glands, which are critical for lactogenesis to occur normally. Additionally, it was also concluded from this study that within the mammary gland itself, there was a decline in genes corresponding with the uptake of glucose and development of milk proteins (an essential step for the synthesis of lactose), along with the increase in genes linked with the inflammatory process (a response activated by obesity). Based on these results, authors were able to determine that the consumption of a high-fat diet inhibits the normal functional ability of mammary parenchymal tissue, hindering its capability of manufacturing and secreting milk.

This information would be relevant to discussing with patients/clients in the prenatal period, particularly in encouraging pregnant mothers to consume a relatively low-fat diet with the goal of optimizing initiation and long-term duration of breastfeeding.

How does this information affect your scope of practice as a Lactation Consultant?

To be directed to the original study, please continue reading here. 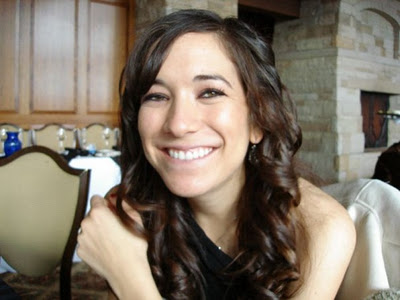 Can a Change in Pediatric Office Policy Begin to Change the Culture of Infant Feeding?
Implications of Obesity in Breastfeeding Women – A Follow-Up

10 Responses to Implications of Obesity in Breastfeeding Women