By lactationmatters on 4 August 2012 in Clinician in the Trenches, Hmong Culture, WIC, World Breastfeeding Week

At Lactation Matters, celebrating World Breastfeeding Week means not only highlighting breastfeeding in the many countries on earth, but also  in the individual cultures in each country.  One size does not fit all!  Today, we share an interview with Yang Her, an IBCLC working with the Community Resource Project WIC program in Sacramento, CA. She has worked tirelessly for many years to encourage and support the Hmong mothers in the community to breastfeed. 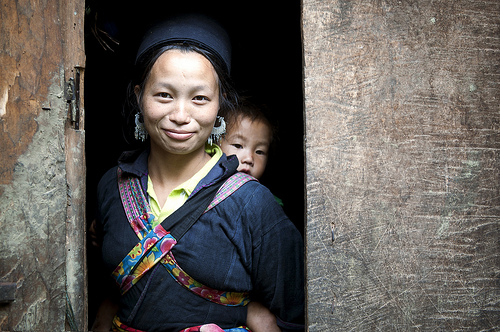 The Hmong people are a group of Asian people, originally from mountainous regions of China, Vietnam, Laos, and Thailand. Many came to the United States as refugees following the communist takeover of Laos, settling primarily in Wisconsin, Minnesota and California with Sacramento being home to one of the largest populations.  Breastfeeding support that focuses on the unique cultural needs of a mother is always important. 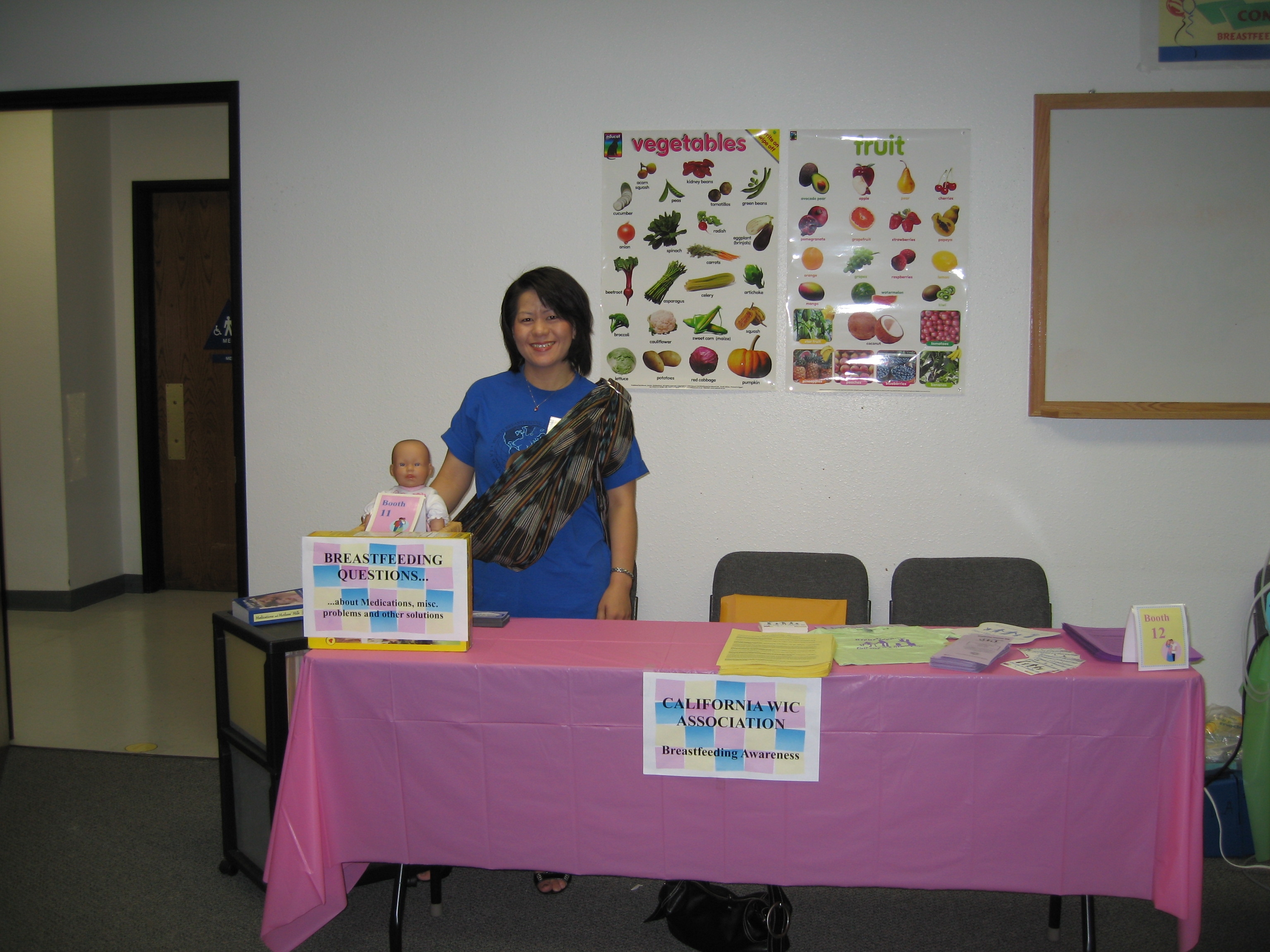 How did you come to be an IBCLC?  What personal and/or professional experiences led you down the path?

I had my first child, Leo, in June 1989 and was not able to breastfeed him because I didn’t have any breastfeeding education. While I was pregnant with him, there were a number of controversial of breast cancer commercials on television. 3 days after our birth, I woke up with body aches, as well as very painful and lumpy breasts.  All I could remember was what I had watched on TV and wondered if I was at risk for breast cancer!  I was scared and called my doctor right away. When I got to the doctor’s office that morning, he said not to worry and explained a bit about engorgement.  He gave me a tiny white pill (I had no clue what it was called) and told me to give Leo formula. That same day and through the night, the pain in my breasts went away slowly. By day 4, I resumed breastfeeding but Leo was fussy and pulled away from my breasts. By day 5, my breasts are soft and from that day on, my milk dried up. Leo was on formula and he didn’t tolerate it well. He would vomit with one formula or gets diarrhea or constipation with the other. I also had to return to work after 6 weeks but had to quit shortly after my return because my son was sick so often.  When I was pregnant with my 2nd child, Allen, I was determined to breastfeed and learned as much as I can about breastfeeding. I breastfed Allen for 3 1/2yrs and loved the experience and went on breastfeeding my 3rd and 4th child.

Several years later, in 994, I was a WIC participant and was recruited as a Hmong breastfeeding peer counselor.  I worked in that capacity for a year and learned that I was not the only mother that didn’t know much about breastfeeding. My passion to advocate, educate, promote, and support breastfeeding mothers grew. I continued working with WIC as a nutrition counselor as well as a breastfeeding educator. It was so rewarding that I went on to pursue my CLE in 1999 and became an IBCLC in 2005.

What are the cultural  norms of breastfeeding in the Hmong culture?  What specific challenges are there in working with this population of mothers and babies? 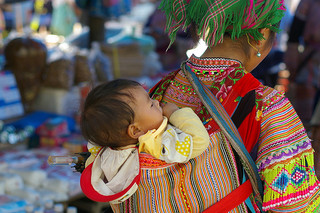 Back in our homeland, almost every Hmong mother breastfeds.  The child and mother hardly separates from each other and if they do, the time is brief and the baby is fully fed before the mom goes anywhere. Mothers always carry their babies either on her chest or her back with a baby carrier.  Whenever the baby shows hunger cues, the mother would remove the baby from the carrier and breastfed, and then once the baby is content, she carries the baby again.  This is how she continues to do her daily tasks whether it’s cooking, sewing, cleaning, or farming. Hmong mothers are very creative in caring for their infants while maintaining their roles as a wife, mother, and daughter in-law. A mother can wear 20 different hats and would still be able to breastfeed her infant. There was no such thing as pumping and storing for separation periods.

Here in the USA, their roles may still be the same, however, breastfeeding their infants on demand has shifted by the fact that they are not always with their infants.  There are a number of strict cultural beliefs about pumping and milk storage that effect the ease with which breastfeeding can continue in these circumstances such as:

Food and breastmilk cannot be stored in one place. This means, a breastfeeding mother who works or in school will need to buy a new refrigerator or freezer just to store her pumped breastmilk.

Breastmilk cannot be leaked anywhere. Culturally, there is a significant risk if anyone other than her infant accidently ingests or touches her breastmilk.   The in-laws may discourage a mother from breastfeeding by telling her that if she breastfeeds, she would need to stay home because they will not take the risk of touching her pumped breastmilk.

What I have witnessed is Hmong mothers who are married to Hmong men are more likely to not breastfeed. On the flip side, Hmong mothers who are married outside of the race are more likely to breastfeed.  When I asked for their reasons, almost always, it’s the Hmong belief that prevents the mothers from breastfeeding.  The cultural beliefs is often not discussed with the mother until she decides to breastfeed. I look forward to sharing more about these beliefs in my upcoming book.

Can a Hmong LC like me make a difference providing breastfeeding education?  It is possible if I can find a solution to the Hmong belief and restriction of human milk.  I know I have a long way to go but I also believe that where there’s a well, there’s a way.  It’s a matter of time.

What is one of your most rewarding experiences as a breastfeeding professional?

One of my most rewarding moments is when a breastfeeding mother comes to her appointment feeling discouraged, sad, and in pain and walks out of my office at the end of a consult feeling confident, understood, and knows that she’s not alone in her journey to successfully breastfeeding.

Thank you, Yang Her, for the work you are doing among Hmong women!