By lactationmatters on 6 September 2012 in Breastfeeding News, Research 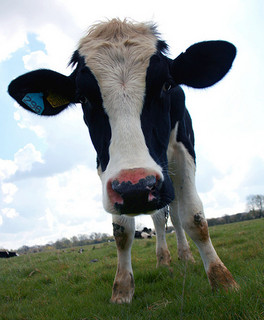 “Hey diddle diddle,
The cat and the fiddle,
The cow jumped over the moon.”

How many of us have lulled little ones to sleep with the lines from this old English nursery rhyme? Today’s news headlines claim cows are performing another impressive trick –producing human milk – thanks to the wonders of genetic engineering. And while cow tricks are amusing in nursery rhymes, in the field of infant nutrition they deserve a lot more scrutiny. So let’s take a closer look at the claims of human-milk-producing cows.

What’s Been Engineered Into Cows’ Milk

In recent years, scientists in China have genetically modified cows to produce human lysozymes, an antimicrobial protein (1) that disrupts the cell wall of gram-positive bacteria. They’ve also created a cow that produces human lactoferrin, another important antimicrobial protein (1) that destabilizes the cell wall of both gram-positive and gram-negative bacteria. A 2011 study out of The Netherlands found that the lysozyme content of human milk was 3,000 times greater than that of bovine milk, and that the lactoferrin content was 75 times greater (2). Clearly the greater concentrations of these antibacterial proteins in human milk are important for infants, given the immature nature of their gastrointestinal tract. But does adding a genetically engineered human protein to cow milk provide the same immunological benefits to humans (many more studies will be needed to establish safety and efficacy) and are there other important human milk compounds missing from engineered cows’ milk?

We’ve learned a lot over the past few decades about the make-up of human milk (and there’s still more to be discovered and understood!). Two of the most obvious areas where human milk and bovine milk differ in their nutrient make-up are in proteins and carbohydrates.

Proteins: Both the quantity and nature of proteins differ between human and bovine milk. For example, human milk has substantially less total-protein and casein-protein than cows’ milk, while it has significantly higher concentration of several proteins associated with the development of the mucosal immune system. The Netherland study showed that of the 268 proteins identified in human milk, 121 of these proteins (45%) were not found in cow milk (2).  Notable differences include the high concentration of immunoglobulin A, a human milk protein customized to bind pathogens found in the mother’s (and thus the baby’s) environment, and CD14, a protein involved in detecting gram-negative bacteria and activating the innate immune system.

Carbohydrates: Human milk has a higher concentration and more diverse portfolio of oligosaccharides, (a short chain of sugar molecules) than cow milk (3). Human Milk Oligosaccharides (HMOs) pass through an infant’s gut undigested, and serve as a prebiotic for the development of a healthy gut microflora. They also appear to act as a very shape specific “lock and key” to bind pathogens. While much research remains to be done in this field, recent studies have shown HMOs to be protective against NEC in an animal model, and to be associated with a reduced transmission of HIV.

Today’s scientific advances will allow us to continue to identify health-promoting compounds in human milk and then manufacture them using various biotechnologies. But “human milk” cannot be created by bolstering cow milk with one or two important proteins, as evidenced by the hundreds of unique proteins and hundreds of unique and changing oligosaccharides in human milk (not to mention living cells and bacteria) that work collectively to support an infant’s immature immune system. Re-engineering all of that into a single cow is a mighty big challenge – probably even bigger than jumping over the moon! 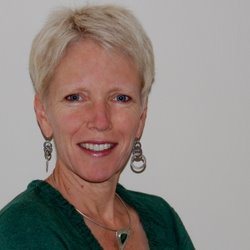 3 Responses to Can A Cow Jump Over the Moon (or Produce Human Milk)?