By lactationmatters on 14 September 2012 in Research 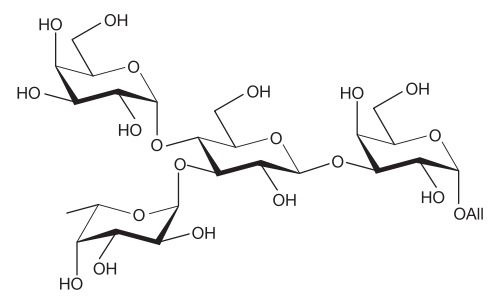 One of the most fascinating mysteries of our time is the low rate of mother-to-infant transmission of HIV via the milk of an infected mother. In the absence of antiretroviral drug therapy (ART), 10-15% of babies born to infected mothers acquire the virus from breastmilk; when both mother and infant are treated with ART, this incidence can be reduced to 2% or less.

Several components of human milk have been shown to offer protection to those more than 85% of babies who don’t get HIV after repeated exposures. Immunoglobulins, like IgA, IgG, and IgM provide specific immune response to certain pathogens; lactoferrin accomplishes various tasks, to include killing bacteria and preventing  surviving bacteria from multiplying. In a study released earlier this year, researchers at Duke University in North Carolina reported that HIV-specific B-cells found in the colostrum of infected mothers actually neutralize the virus. An international team of researchers based in California, New York, Boston, and Zambia, in a study released on August 15 by the American Journal of Clinical Nutrition (Bode, et al., 2012) identifies yet another protective component: human milk oligosaccharides.

This mechanism is also protective against HIV and other viruses, because the frequency of the bowel being emptied doesn’t give pathogens time to “set up shop” and get down to the business of infecting the baby. This is one possible explanation for why the protective effect of breastfeeding against HIV may wane as the baby gets older. Of the 12.1% of infants who acquired HIV through their mother’s breastmilk, 68.2% of those transmissions occurred after 6 months (Iliff et al., 2005). The addition of complementary foods may also cause or allow for breaches in the infant’s gut integrity; it is through these breaches that HIV can be acquired. The findings reported by Bode, et al. are exciting. We already knew that oligosaccharides play a significant role in keeping babies healthy and free from infection, but recognizing that, in high enough concentrations, they actually protect infants from a pathogen that is present in the milk is remarkable. In nations where the risk of infant death from gastrointestinal or respiratory infections is higher than the risk of transmission of HIV from an infected mother to her baby, understanding why and how a mother’s own milk gives her infant his best chance for survival can provide important teaching points for public health workers, especially when cautioning against mixed feeding of these vulnerable infants. Additionally, these innate protective factors in human milk offer insight into how a vaccine against HIV might be developed for use in adults at risk of acquiring the virus.

2 Responses to Are Oligosaccharides a Key to Reducing HIV in Breastfed Babies?