By lactationmatters on 8 January 2013 in Education, WABA 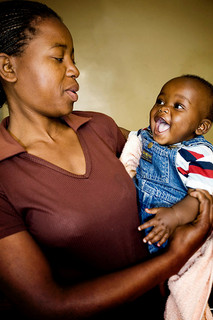 Have you gained the impression that maternal infection with the Human Immunodeficiency Virus (HIV) automatically rules out breastfeeding? Or that formula-feeding by HIV-positive mothers, whenever possible, is always recommended? If you have had access to different global World Health Organization (WHO) HIV and infant feeding recommendations over the years, do you find them confusing? If the answer to any one of these questions is Yes, then you are not alone.

Based on the huge amount of research conducted since the 1985 discovery that HIV could be transmitted in mothers’ milk, global guidance about breastfeeding in the context of HIV has been changing every few years. One of the spillover effects has been that IBCLCs and others who work with mothers and babies have frequently been exposed to outdated and/or myth-information.

However, IBCLCs can now feel more confident than ever before in supporting HIV-positive clients who express a desire to breastfeed. With certain safe-guards, including maternal adherence to antiretroviral (ARV) regimens which are mandatory in developed countries, the risk of transmission of HIV through breastfeeding can be reduced to virtually zero.

Originally conceived as a joint ILCA-WABA collaborative project, with a gestation period of over seven years, WABA marked World AIDS Day this December with the easy delivery of a new Comprehensive Resource entitled “Understanding International Policy on HIV and Breastfeeding” which can be downloaded HERE.

Intended for use by policy-makers, national breastfeeding committees, breastfeeding advocates, women’s health activists and others working for public health in the community, the Resource sets out why breastfeeding in the context of HIV has never been as safe as it is today. Recent research shows that HIV-positive mothers who receive effective ARVs, protecting their own health sufficiently to result in a near-normal life-span, can also expect that the risk of transmission of HIV to their babies during pregnancy, birth, and throughout the recommended period of breastfeeding, can be close to zero. As a consequence, today’s HIV-positive mothers are enabled to avoid both the stigma and the risks of formula-feeding because current HIV and infant feeding guidance is once again more closely aligned to WHO recommendations for their uninfected counterparts, in place over the last decade: exclusive breastfeeding for 6 months and continued breastfeeding with the introduction of age-appropriate complementary feeding for up to 2 years or beyond.

Building on current research, the 2010 global HIV and infant feeding guidelines and ARV recommendations for prevention of transmission of vertical HIV show that, for the first time, there is enough evidence to recommend ARVs while breastfeeding. Where ARVs are available, it is recommended that HIV-positive mothers breastfeed until their babies are 12 months of age. Furthermore, updated WHO programmatic advice issued earlier this year for ARVs for pregnant women and prevention of HIV infection in their infants has gone a long way towards clarifying many previously perceived ambiguities. Rather than different ARV regimens being decided on the basis of an individual HIV-positive mother’s disease progression, a clear recommendation is now made for provision of ARVs to all HIV positive pregnant women from the time that they are first diagnosed with HIV and continued for life.

With proper treatment, an infected mother’s viral load becomes undetectable, not only protecting her own health and survival, but also reducing to virtually zero the risk of her baby acquiring HIV through her breastmilk.

Thus, current guidance has enabled countries as diverse as South Africa and the United Kingdom to develop national recommendations which once again effectively support breastfeeding for all babies. The up-to-date guidelines simultaneously free health workers from having to tailor infant feeding advice to the HIV-status of their clients and lift from HIV-positive mothers the stigma attached to previous advice about formula-feeding. Most importantly, current guidance ensures the greatest likelihood of HIV-free survival for babies exposed to the virus.

Fully referenced throughout, the Resource’s six sections clarify many past misconceptions by helping to explain how they came about. They track the impact of HIV on women and their infants, review past and current research on transmission of the virus through breastfeeding, trace the evolution of past guidance, outline current policy and counselling recommendations and list easily accessed informational and training materials.

The Resource clarifies how, in a situation of competing infant feeding risks, breastfeeding can now be safely promoted and supported. It is hoped that this tool will enable all who work with HIV-positive mothers to confidently endorse current HIV and breastfeeding recommendations so that each individual child’s chance to survive and thrive can be maximized.

We hope that this document impacts practice and helps to support mothers with HIV all over the world. Please download your own copy of “Understanding International Policy on HIV and Breastfeeding” HERE. 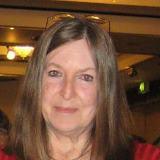 Pamela Morrison’s interest in HIV and breastfeeding arose from having worked as a private practice IBCLC in a country where HIV-prevalence amongst pregnant women reached 25%, yet breastfeeding was both the cultural norm and a cornerstone of child survival. While in Zimbabwe, Pamela also worked as a BFHI Facilitator and Assessor, as well as serving on the Zimbabwe National Multi-sectoral Breastfeeding Committee and the national BFHI Task Force. She has also served on the World Alliance for Breastfeeding Action (WABA) Task Forces for Children’s Nutrition Rights, and for HIV and Infant Feeding, and the ILCA Ethics & Code Committee. After moving to England in 2005, she was employed until 2009 as a Consultant to WABA. She is currently the ILCA media representative on HIV, and continues to do volunteer work for WABA.

Combining Work and Breastfeeding: Successful Strategies and Tools
What Are Your Educational Needs as an ILCA Member?