By lactationmatters on 10 September 2014 in Breastfeeding, Research 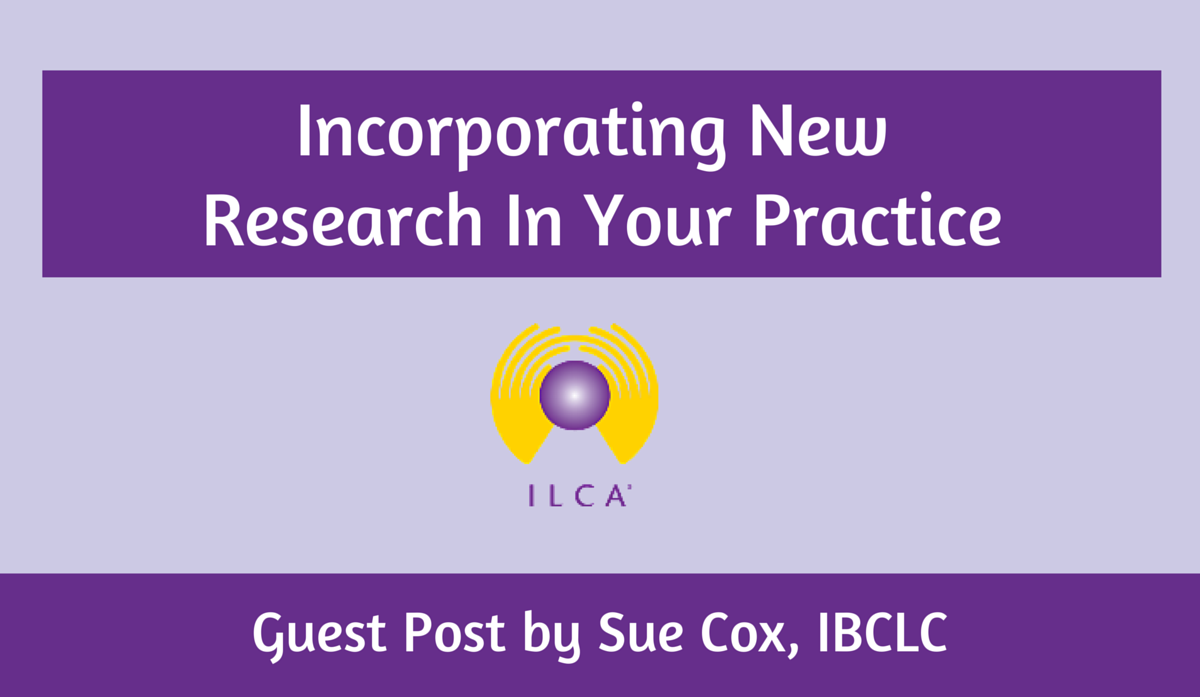 In part one of this series Sue Cox, AM, BM, IBCLC, FILCA, presented research to inform our discussions around how milk handling (including shaking expressed milk and/or breast massage) changes the components of the milk, including fat distribution.

In part two Sue presents research on other common questions, including whether to feed on one side or both and interventions including nipple shields and nipple creams.

In 1984 we carried out research (Cox, 1984) to find out whether mothers followed the suggested feeding regime or whether they developed their own. At that time mothers were told to only offer the breast five times each day. They were also told to always use both breasts at each feed-time.

Length of breastfeeds was strictly regimented. Mothers were told to only allow their baby to breastfeed for:

2 minutes, on the birth day, then

3 minutes on the second day,

5 minutes on the third day,

7 minutes on the fourth day,

10 minutes on the fifth day,

And from then on just offer 10 minutes.

Mothers stayed in hospital for 5-7 days and rooming-in was rare. When the babies returned to the nursery on the third and fourth day we noted that many of them had very wet and dirty nappies (diapers), they vomited excess milk, and they sucked their hands and cried.

We had read of some of the newest research from the UK (Baum, 1980) which showed changes (increases) in fat levels from the beginning to the end of a feed. Therefore, we decided to suggest to the mothers that if their breasts were feeling really tight on the second or third day, or if they had used one breast per feed with a previous baby, that they might like to try just using one breast at each feed until they recognized their baby wanted more milk and/or their breasts were less firm.

Point baby’s chin towards the area of the blocked duct? Research: ensure good breast drainage over every 24 hour period instead of concentrating on angle of baby’s mouth

Ultrasound studies of breast anatomy (Ramsay, 2005) show that the ducts do not radiate out through a breast segment in an organized way, but instead begin under the areola and travel out through the breast in a randomized fashion.

In 1988 mothers were dissuaded from using anhydrous lanolin as pesticides were found in the lanolin. A purer form of lanolin later became available, but only one prospective controlled clinical trial has been done to support its use (Abou-Dakn, 2011.) This study indicates that it may be helpful in comparison to expressed breast milk in the first three days of treatment.

In my experience 1,800 mothers who birthed in our maternity unit annually chose to breastfeed their babies. After we stopped using lanolin and other nipple creams in 1988, our maternity staff became very skilled in finding the cause of nipple pain and strategies to prevent and/or treat nipple trauma and pain were developed instead of using the “quick fix” of lanolin.

Rubber nipple shields prevented weight gain in infants? Research: use of silicone shields in a small percentage of mothers could be effective if appropriate follow-up is conducted

The main nipple shield used 20 to 30 years ago was made of rubber.  Following research to quantify milk transfer, it was found that the poor areolar stimulation through the rubber shield led to only 42% of available milk being transferred to the baby (Woolridge at al.,1980).

In the hospital where I practiced as an IBCLC, two incidences of babies having been admitted to the pediatric ward with poor weight gain at 6 weeks of age led to further exploration of the issue of rubber nipple shield use. Both mothers had been given a rubber nipple shield during their maternity stay. Following discussions with staff, it was decided that nipple shields would no longer be distributed. This increased the midwives’ skills at assisting mothers with breastfeeding.

Some years later, following much discussion in the literature, we decided to do a pilot study to quantify how many mothers and babies could be helped by using the newer, thin silicone nipple shields (Cox & Paine, 1997). We found that silicone nipple shields were an advantage to 2.2% of mothers and their infants as long as they were followed up to ensure adequate output and that weight gain was continuing during all the time they were using a nipple shield.

These experiences confirmed for me that developing new policy and procedures should always be supported by current research.

Finally, Sue recommends that IBCLCs consider their rationale before making alterations to their current clinical practice or before creating new policies and procedures. Using new clinical skills and techniques can be extremely beneficial, and we should strive to remember that they are “in development” until the qualitative or quantitative research is produced to support them.  In fact, as a profession we are called to propose and conduct research in collaboration with other disciplines to further our ability to assist mothers and babies. Sue leaves us with this reminder: “Development and growth of a respected profession is based on evidence. Listen to new ideas and seek validation of what you hear from the evidence.”

Cox SG (1984 ) One breast per feed: A solution for the crying baby. Proceedings of the International Confederation of Midwives conference, Sydney, Australia.

Cox SG & Paine K (1997) The importance of follow-up of infants when the mother is using a nipple shield for breastfeeding. Unpublished data.

Shaken Or Stirred? How Does Handling of Breastmilk Impact Composition? Guest Post by Sue Cox, IBCLC
Announcing a NEW Membership Structure for ILCA