By lactationmatters on 24 November 2014 in Donor Milk

The Australian College of Midwives (ACM) recently released their “Position Statement on the Use of Donor Human Milk.” This statement was developed in collaboration between ACM members, experts, and the ACM Baby Friendly Health Initiative (BFHI) Advisory Committee. The ACM provides a unified voice for the midwifery profession in Australia. They set professional practice and education standards and are committed to being the leading organization shaping Australian maternity care so that all Australian women have the best possible maternity outcomes. In addition, the ACM is also the governing body for BFHI in Australia.

You can read the entire statement HERE. 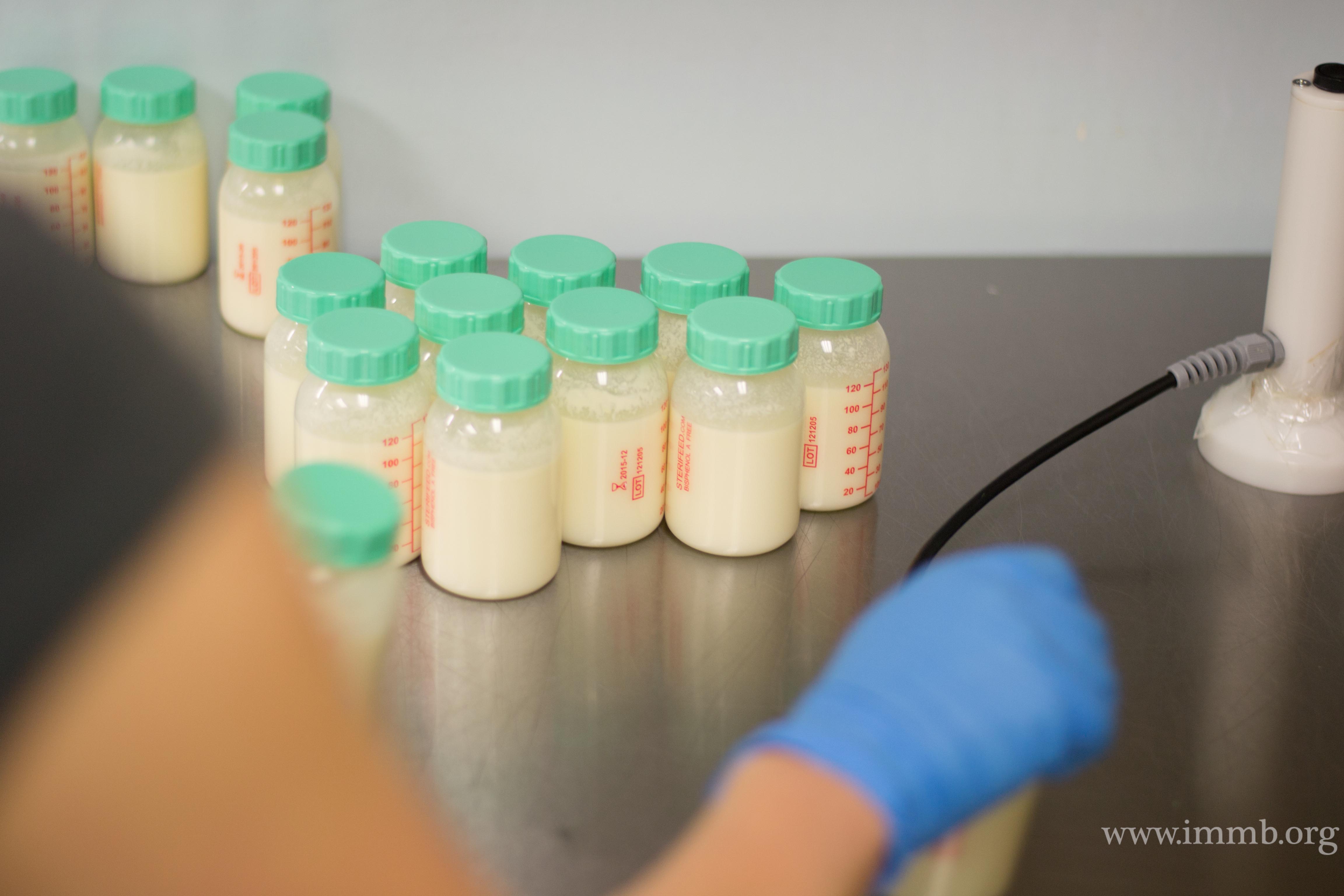 Photo via The Milk Bank. Used with permission.

We spoke with Marjorie Atchan, one of the lead writers along with Dianne Haworth, to ask more about the development of the statement and to better understand the use of donor milk in Australia.

What led your organization to write this statement?

The BFHI Advisory Committee, as its name implies, provides advice to the Australian College of Midwives on a range of matters pertaining to breastfeeding, infant feeding and the BFHI.

We (the committee members) have long been aware of the use of donor milk in Australia – both regulated and non-regulated. We were concerned on two levels. One concern was that midwives may be placed in a position of providing support or advice to women/other health professionals without access to current and accurate information on which to base their practice.

We were also deeply concerned that mothers may be placing their babies at risk by using milk from sources that were not properly screened and safe if they did not have access to current and accurate information. As no such resource existed in Australia and the ACM provides position statements on a number of issues, we decided to develop this and place it on the ACM website where it is accessible to midwives and consumers.

There were several rounds of consultation with community stakeholders, content experts, and midwife academics to ensure accuracy, clarity and professionalism and the finished product met the standards of a publishable position statement. The process took well over 12 months to complete.

What is the current state of milk banking in Australia?

Milk banking is not currently regulated at a national level in Australia. Each state/territory has local jurisdiction and may have a slightly different interpretation to the issue of whether human milk is a bodily fluid or a food.

Consequently, there are few “official” milk banks. The World Health Organization is quite clear about the viability of donor  breastmilk as the first option if a mother is unable to fully meet her infant’s nutritional needs. Amongst many women, especially those with sick or premature infants, there is increasing acceptance of and demand for donor milk. Neonatologists have also long encouraged the use of breastmilk for the improved health outcomes. Facilities where neonatal nurseries occur are also aware of the cost savings attached to the decrease in morbidity and mortality.

In three states, hospitals have been able to successfully open milk banks that primarily service their own neonatal nurseries: King Edward Memorial Hospital in Perth Western Australia; the Mercy Hospital in Melbourne, Victoria and the The Royal Brisbane and Women’s Hospital, in Brisbane, Queensland. Some large tertiary hospitals in other states have “in house” milk banks using known donor milk attached to their neonatal nurseries.

All hospitals with operating milk banks follow very strict protocols and quality assurance standards. There is also one community milk bank based in northern NSW, the Mothers Milk Bank that ships milk out across the country. This milk bank follows the protocols of the King Edward Memorial Hospital’s milk bank.

Are families in Australia participating in peer-to-peer milksharing?

As many families do not have access to the services of our milk banks, other services are often utilized. This is where the potential for risk increases. Other pathways include known websites such as Humanmilk4Humanbabies and informal sharing amongst family and friends.

In some cultures, it is acceptable and expected that milk sharing will occur. Some research has been published such as those pieces from Virginia Thorley and Karleen Gribble. There is unfortunately also a culture of scaremongering that is media driven and only serves to fuel ignorance and bigotry. Headlines scream out the fear of mothers that their baby might have contracted HIV/AIDs after having been accidentally given another mother’s breastmilk (usually by human error in a hospital setting) – despite the risks of this being almost negligible as the mother would have been screened thoroughly during her pregnancy. One might speculate at the underlying  reason for such a reaction: to garner media attention for the tabloid/station and vicariously support the use of commercially produced baby milks.

To find out more about the Australian College of Midwives, visit their website at www.midwives.org.au.

*Disclaimer: Milk sharing is a complicated issue. Readers should adhere to the standards in effect in their own regions.