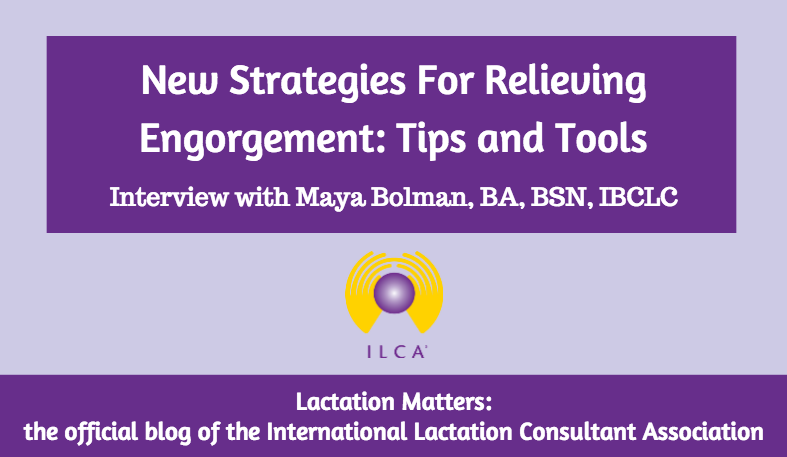 When Maya Bolman was a young girl in Russia, her godmother was known to all the women in her village as the one who could help with breastfeeding. People said her hands were “like magic.”

A young Bolman paid attention. She is now a well-respected clinical lactation care provider in the U.S. who uses her hands to help nursing mothers relieve the breast fullness that can interfere with their breastfeeding. In July, she brought her skills, clinical knowledge, and time-tested wisdom to the International Lactation Consultant Association® (ILCA®) 2014 Conference, and attendees returned home with a skill they could use immediately to help their own clients and patients.

Bolman observes that, since the breast has no fascia or muscle to aid in movement of fluids other than breast milk, congestion of the breasts is common during early lactation. As a new mother’s body sheds fluids from pregnancy and those given intravenously during hospital labor and childbirth, milk production begins in earnest. The breasts can become uncomfortably full or even swell to the point that milk ceases to flow. In addition, the skin covering the breast can become so taut and the areolae so swollen that the baby cannot latch. The simplest solution is a combination of gentle massage and manual milk expression, which softens the breasts and eases infant latch.

Evidence supporting the effectiveness of hand expression continues to mount. In locations lacking electricity for breast pumps, hand expression allows mothers to sufficiently maintain milk for premature and sick infants who are unable to feed directly at the breast. Teaching all new mothers to hand express ensures compliance with Step Five of the Ten Steps to Successful Breastfeeding, part of the Baby-Friendly Hospital Initiative.

“There is no right way to do hand expression, only the way that is gentle and that works,” Bolman explains. She has created a free video which she encourages to be shared with mothers (with appropriate credit to Bolman). Her work with Breast Feeding Medicine of Northeast Ohio confirms that even mothers who have already attempted these techniques on their own can still benefit from in-office treatment. The video provides an excellent introduction for new mothers and clinicians to hone their hand expression technique.

In her clinic, Bolman and her colleague, Dr Ann Witt, MD, FABM, IBCLC, teach mothers to use these techniques when they come in for hands-on treatment of engorgement and plugged ducts. She finds that mothers of the youngest babies typically ask for help with engorgement, while plugged ducts seem to peak around 10 weeks postpartum. During the session, Bolman shared videos of herself and her colleagues providing gentle, sweeping massage of the breasts. In a motion toward the axilla, they use the sides of their hands and a generous amount of olive oil mixed with a few drops of an essential oil. Mothers are encouraged to lie back at an angle similar to the position used for prone breastfeeding. If their babies are present and hungry, they feed on the opposite breast during treatment as desired.

Results of these treatment sessions are overwhelmingly positive. They produce relief of overall pain, resolution of plugged ducts immediately in at least half the cases, decreased levels of nipple pain and tenderness, reduced periareolar edema, and easier latching/feeding. This type of customized “touch care” of breastfeeding mothers is derived from the wisdom of the ages. It is also very appropriate and relevant for today’s mothers who frequently have little experience with physical touch to their breasts other than during intimacy.

Bolman firmly believes that mothers are empowered when they are taught techniques for hand expression and massage to relieve engorgement on their own. She insists that we cannot teach it enough times to the mothers in our care, regardless of the age of their babies.

“They really want to learn these techniques for self-care,” Bolman stated, “because they are not necessarily instinctive.” She firmly believes that lactation care providers should guide mothers’ hands through the process of hand expression by placing a hand over the mother’s hand rather than directly on mother’s breast. She observes that we can often find solutions to common challenges by looking to other cultures. Bolman’s background and personal experience of blending her native and adoptive cultures has provided the lactation field with a priceless treasure in her techniques. 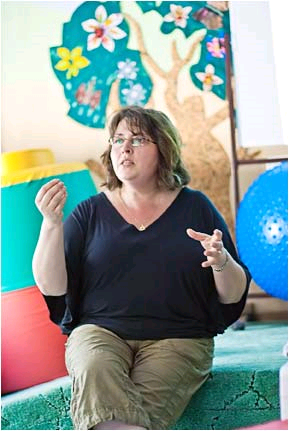 Maya Bolman, BA, BSN, IBCLC, was born and raised in Minsk, Belarus. Certified as  IBCLC in 2001. She has worked in both inpatient and outpatient settings and, since 2009, also worked as lactation consultant in a large pediatric practice and breastfeeding medicine practice. Bolman traveled to Russia in 2009, 2010 and 2012 to work with breastfeeding consultants and as the IBLCE Country Coordinator for Russia, Belarus, Ukraine and Latvia, helped to prepare 14 IBCLC candidates to pass certification exam and became the first IBCLCs in their countries. 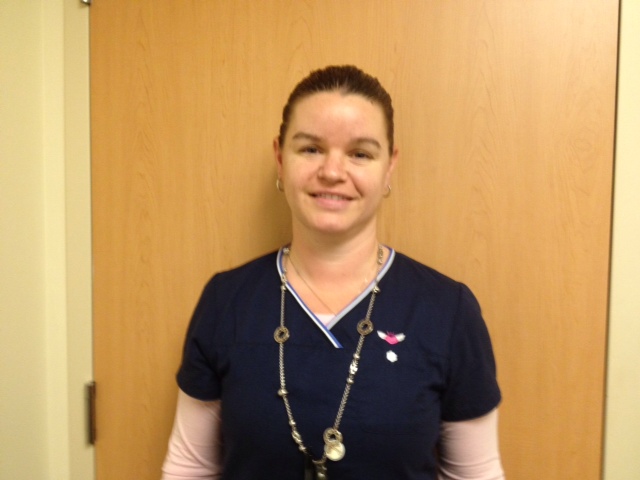 Christine Staricka is a hospital-based IBCLC. She became a Certified Lactation Educator through UCSD while facilitating local breastfeeding support groups. She studied independently while accumulating supervised clinical hours and passed the exam in 2009 to become an IBCLC. She holds a BS in Business Management from University of Phoenix. Christine is the co-owner of Bakersfield Breastfeeds, which provides lactation education to professionals and expectant parents. She has contributed to USLCA’s eNews as well as this blog. She enjoys tweeting breastfeeding information as @IBCLCinCA and maintains a blog by the same name. She is a wife and mother of 3 lovely and intelligent daughters and aunt to 4 nephews and 2 nieces, all of who have been or are still breastfeeding. She is partial to alternative rock and grunge music, especially Pearl Jam, and attends as many concerts as financially able with her husband of 18 years.