By lactationmatters on 17 April 2015 in Uncategorized 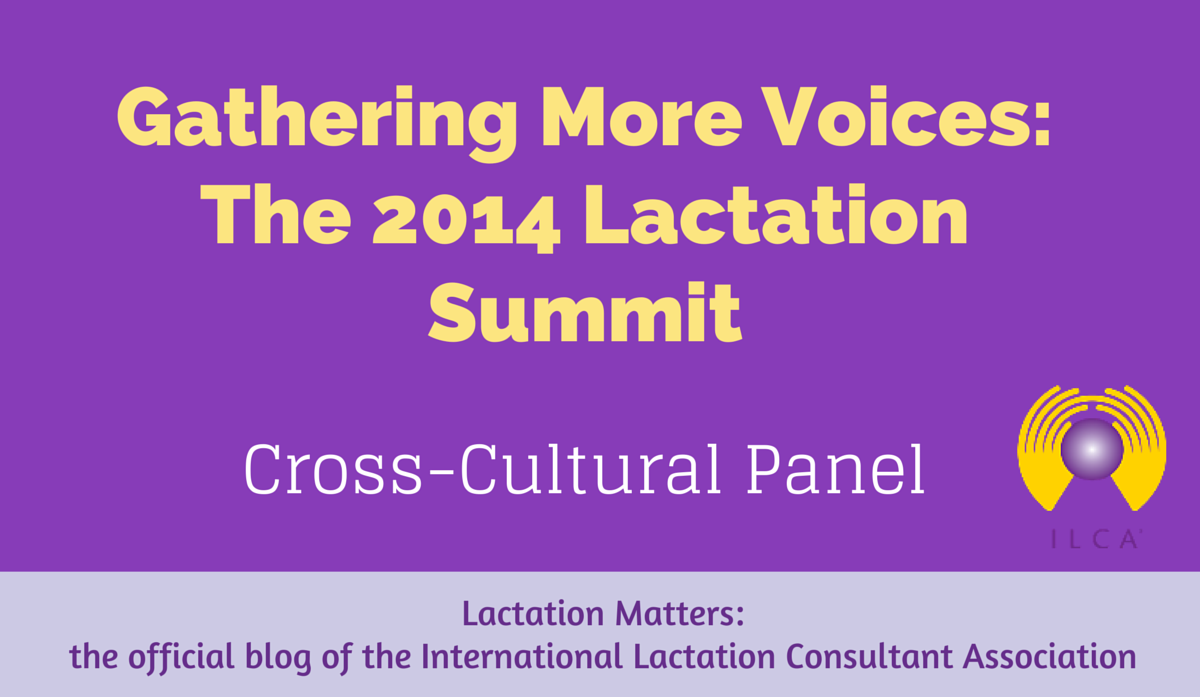 The following is a summary of the assessments made by individuals representing the panel on Other Perspectives Crossing Cultural and Geographic Lines. Read our other posts on the assessments made by individuals representing the panels on African Americans in the U.S., Native Americans in the U.S., Hispanics in the U.S., North and South America, Asia Pacific, and Europe and Russia. To access information on all of the panels presented, read a complete summary of the report here.

A general panel addressed other important perspectives that are not unique to particular cultural, racial, and ethnic groups or countries/regions of the world.

LGBTQI Community
The lesbian, gay, bisexual, transgender, queer, questioning, intersex (LGBTQI) community is present in all communities of the world. However, acceptance is far from universal and affects how “out” or visible LGBTQI people can be. Non-acceptance such as social stigma and the lack of recognition, legal rights and protection, etc. can lead people to hide their sexual orientation (and relationship or family make-up) and/or their gender identity, due to fear of repercussions, including violence.

Legislation still restricts activities of LGBTQI people worldwide. For example, one U.S. state (Arizona) recently proposed legislation that, if passed, would have allowed businesses to refuse to serve people from the LGBTQI community. Rampant discrimination, often under the guise of religious beliefs, has resulted in high stress levels, higher rates of breast and ovarian cancer, substandard health care, and refusal to be provided health care. Many families report they do not want to receive lactation care from a LGBTQI provider. Lack of knowledge among members of the profession about the needs and issues of the LGBTQI community are a confounding factor, making it more difficult to provide mentorship opportunities. Lactation texts and exam preparation materials barely acknowledge the existence of LGBTQI people.

Lay Breastfeeding Support Counselors
Although the lactation profession had its earliest beginnings in the lay breastfeeding support movement, the profession has taken on more clinical approaches through the years. Individuals representing the lay breastfeeding support field identified difficulties for peer support counselors to access mentors and afford clinical education opportunities. Several reported that the U.S. Special Supplemental Nutrition Program for Women, Infants and Children (WIC), which supports a robust peer support program nationwide, does not encourage advancement of peer counselors to IBCLC positions, and many local WIC agencies do not provide positions or funding for peer counselors who become IBCLCs. Many also reported that they do not feel “wanted” by the lactation profession. They desperately seek recognition and support.

Remote Regions of the World
Many aspiring lactation consultants live in remote regions of the world and find it extremely challenging to access education, clinical experience, and resources. Transportation can be challenging and costly. Lack of community resources often means that few IBCLCs are available.

Male Lactation Consultants
Men comprise an extremely small proportion of the total numbers of IBCLCs worldwide. Major barriers include lack of acceptance among primarily female supervisors and directors, lack of male-friendly environments in health clinics and hospitals, and a feeling that males are not welcomed in the mostly female lactation consultant profession. For example, most lay breastfeeding support organizations completely exclude males. Even when infants are born, health providers tend to ignore the father, focusing most of the care and attention to the mother. The sense of feeling “invisible” causes many men to feel the lactation consultant profession is not for them.