By lactationmatters on 21 December 2015 in Uncategorized 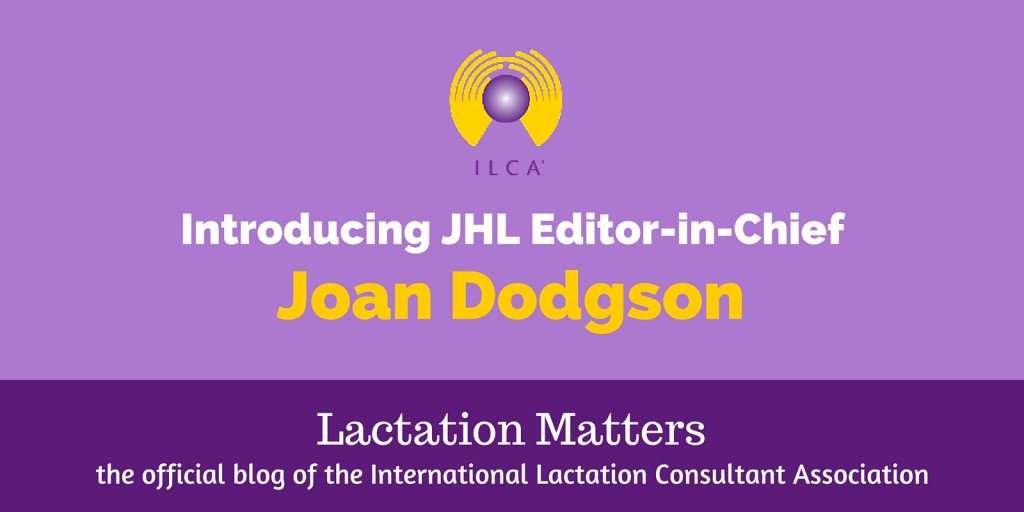 The board of directors and executive staff of the International Lactation Consultant Association are pleased to announce Joan E. Dodgson PhD, MPH, RN, FAAN has been selected as the incoming Editor-in-Chief of the Journal of Human Lactation (JHL).

Joan brings extensive experience to this critical role, including more than 15 years as a practicing IBCLC in a variety of settings. She has conducted research in countries around the world on breastfeeding with a focus on reducing health disparities, including serving as the director of the Center for the Advancement of Health Disparities Research at the University of Hawaii, United States. In January, she will be joining the St. Louis University in St. Louis Missouri, United States, as the Patricia and James R. Hemak Endowed Professor in Maternal Child Health Nursing Research​ at the School of Nursing.

With this transition, also watch for a new structure that will guide how each issue is created. In keeping with the latest industry best practices in journal management, Joan will act as the Editor-in-Chief, providing executive leadership. The role of managing editor will be handled by J & J Editorial.

We at Lactation Matters were curious about Joan, her vision for the JHL, and how her experiences as a researcher will shape her as the Editor-in-Chief. Please read on to learn more about Joan’s unique perspective on the future of the JHL.

Lactation Matters (LM): The Journal of Human Lactation has been carefully nurtured over the past thirty years, resulting in a highly respected journal by measures including impact factor and number of submissions. Tell us about your vision for building on these important successes.

Joan Dodgson (JD): The field of lactation practice and the research that builds the knowledge for this practice is very broad, drawing on disciplines as varied as basic laboratory sciences, historical and policy analysis, and social sciences (anthropology, sociology and political science), as well as the health sciences.

I believe JHL can continue its upward momentum by reflecting this diversity while maintaining the high standards developed and promoted by my predecessors. Key to realizing this vision is broadening the scope of work published in JHL to include disciplines other than health sciences, including but not limited to history, political science, women’s studies and economics. I will reach out to these communities of scholars and encourage their contributions to JHL.

It is essential that practicing IBCLCs and others working with breastfeeding families have the most up-to-date and valid knowledge base. JHL is a major international venue where this information is shared. However, often it is difficult for non-researchers to evaluate the usefulness of specific studies for their practice. Having been a practicing IBCLC for 15 years, I understand the need for translation of research findings in ways that are meaningful to the practitioner. As a researcher, I understand the importance of not over reaching with one’s conclusions about research findings, as well as the contextual nature of most research, which limits applicability to practice.

Over the next year and probably beyond, I will be initiating conversations with JHL readers in a variety of venues about how we can bridge this research/practice gap and create a journal that effectively meets the needs of practitioners while maintaining high quality research standards. I welcome every ILCA member and JHL reader to join in these important conversations.

LM: In addition to having served as a practicing IBCLC in a variety of settings, you are also a professor and actively engaged in breastfeeding research. Tell us about the focus of your research.

JD: The focus of my research is building knowledge about breastfeeding disparities among diverse minority populations in the US and Asia. Over the past 16 years, I have worked with a research team in Hong Kong to develop an evidence-base about the breastfeeding contexts and effectiveness of government policies.1-3 Additionally for over 10 years, I have been working with a Native Hawaiian research team focused on finding ways to improve breastfeeding rates among that high-risk population in Hawaii.4-6 Although I have used a number of quantitative and qualitative research methodologies, several threads have been consistent throughout my career.

LM: How do you see your own research background and interests influencing your role as Editor-in-Chief of the JHL?

JD: The methodologically broad scope of my research career (e.g., history, policy, theory-based modeling, women’s lived experiences) provides a background that allows me to evaluate not only the content of submitted manuscripts but also their scientific rigor. This will facilitate effective interactions with both authors and reviewers from different disciplines, ultimately resulting continued high quality within JHL.

Having worked extensively both as clinician and as researcher in hospital and community settings, I understand the demands and possibilities inherent within these contexts. I am bringing these understandings to the role of Editor-in-Chief.

LM: ILCA has been on a deliberate path of transformation, resulting in a new vision, core values, and set of goals and objectives in order to fulfill our mission. How do you see your work with JHL aligning with ILCA’s new direction?

JD: I feel my work is completely aligned with ILCA’s new direction. This transformation is what drew me to apply for the Editor-in-Chief position. The social justice focus that is the ground upon which my research has been built is completely congruent with ILCA’s core values of knowledge, diversity and equity. My commitment to these values has been long standing. In 2012, I published a discussion about the issues of race and racism in breastfeeding research, which pre-dated ILCA’s current equity framework. 16

LM: Tell us what led you to focus your work on birth and breastfeeding.

JD: I came to perinatal nursing after working for 10 years in hospital-based critical care, including pediatric and neonatal intensive care units. First, I moved to labor and delivery nursing. Then it seemed like a natural transition to broaden my speciality area to the whole perinatal period, including the entire breastfeeding family, from the breastfeeding parent and baby to supporters including fathers, partners, and grandparents. That is when it became essential to learn more about breastfeeding.

I was working at UCLA and had the good fortune to attend Kitty Frantz’s lactation educator course. The more I worked with breastfeeding families, the more I appreciated the complexity of their situations and of my role. This complexity often occurred within an unsupportive system, which raised many hard questions, so when I went back to college for graduate degrees this was my focus. First, I focused on developing educational programs for parents and providers, then on researching what worked and why. 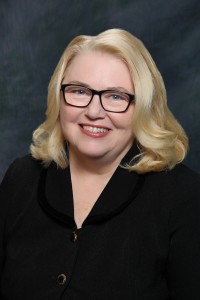 Please join us in welcoming Joan to her new role as Editor-in-Chief.