By lactationmatters on 5 December 2017 in Uncategorized 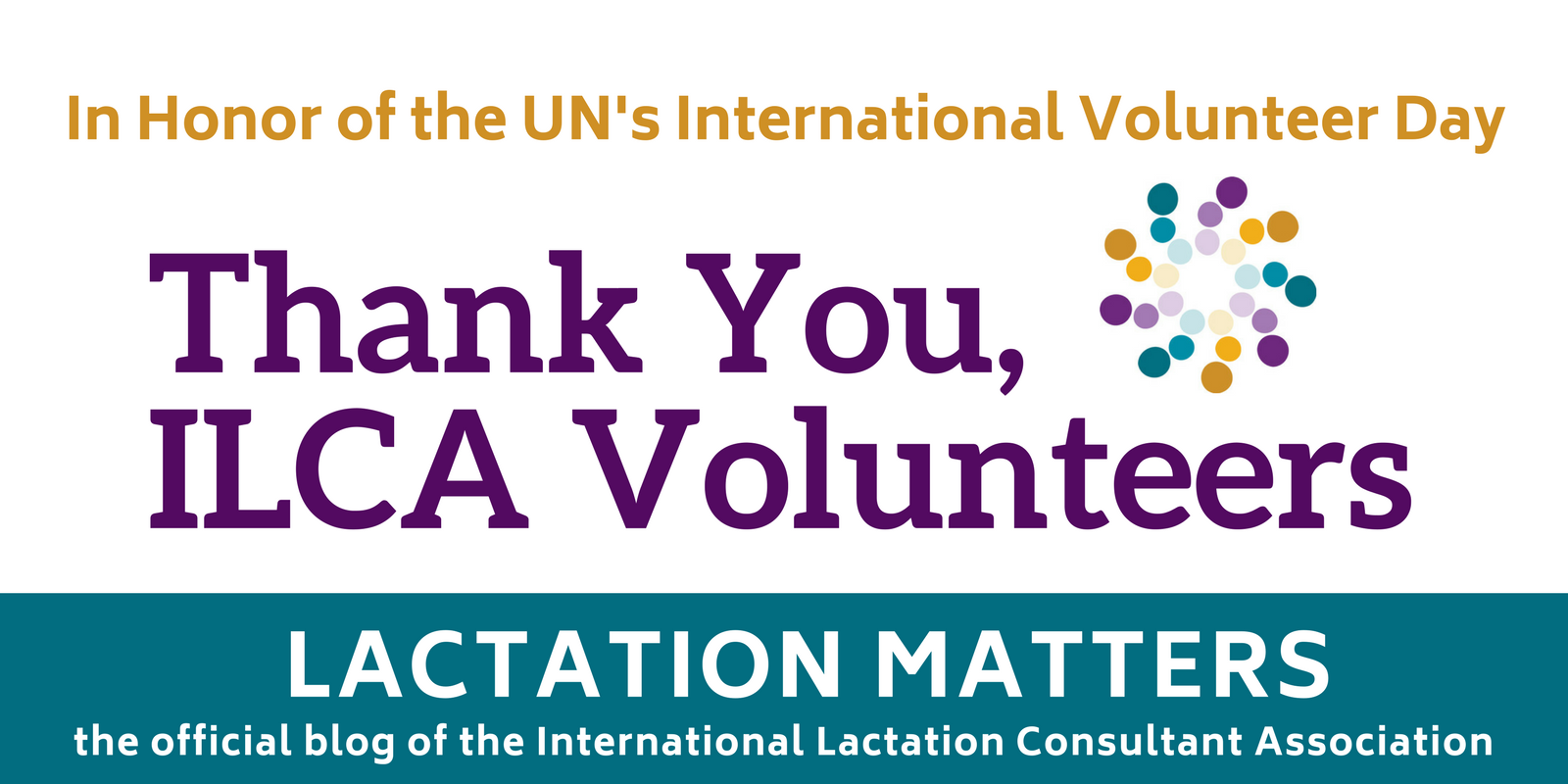 At the International Lactation Consultant Association® (ILCA®), we are deeply appreciative of our volunteers. The countless hours, energy, professional knowledge, and significant passion they offer allows ILCA to advance the International Board Certified Lactation Consultant® profession worldwide through leadership, advocacy, professional development, and research care. In honor of the United Nations’ International Volunteer Day, we have asked Meredith Parker, ILCA’s Assistant to the Executive Director, to offer up our thanks.

I would like to take this opportunity, on International Volunteer Day, to sincerely thank you for the time, effort, and enthusiasm that you have brought to ILCA over the past year.

Volunteers are essential to reaching ILCA’s mission of transforming world health through breastfeeding and skilled lactation care. You can see this clearly in our Strategic Map, which we use to inform every step of our work. Developed by our Board of Directors in 2015, this document identifies foundational elements like our vision, our mission, and our core values along with the themes, goals, and objectives that stem from these. We recognize that these ideas have a gigantic scope, a charge that is too great for any one person or group to complete. It is our volunteers who complete the work to activate our mission in the world. For this, we are incredibly grateful.

For example, our Professional Development Committee Research Team addresses Goal 2 from our strategic map: providing access to and interpretation of lactation research. One way in which they do this is by evaluating the poster and research abstract submissions for our annual conference. They have also been instrumental in compiling bibliographies and other resources for our newly-developed Resource Modules.

As you might imagine, it is a challenge not only to schedule virtual meetings across the world but also to ensure that everyone’s ideas are communicated. I am touched by the grace displayed by our volunteers when they stop to ask for the input of all committee members before making a decision. I am impressed by their commitment when they are flexible with late night or early morning meeting times, inconveniencing themselves for the sake of their team.

Included below is the name of each current Committee and Task Force member. We would like to sincerely thank them for their work on behalf of ILCA, the IBCLC Credential, and Global Health at large. We could not be more proud of you and look forward to what we are able to accomplish together in 2018.