By lactationmatters on 17 July 2012 in Breastfeeding News, Research

Recently, we ran a series (Part 1 and Part 2) on the work of Dr. Kathleen Arcaro, using breast milk to help determine breast cancer risk.  The response to the posts was overwhelming with both posts together being read by over 3,600 people. We are confident that, with the help and encouragement of IBCLCs, women all over the country can be involved in this exciting research.

Dr. Arcaro is now looking for a new set of breastmilk samples:  those from women who either currently have or have previously had breast cancer.  These samples can be either fresh or frozen.

1
By lactationmatters on 15 June 2012 in Breastfeeding News, Research

Yesterday, we looked at the work Dr. Kathleen Arcaro has been doing using breast milk samples to help determine breast cancer risk.  Today, we see how we, as lactation consultants, can be involved in helping our clients and any other breastfeeding mothers we encounter, especially those who are African American, be a part of this exciting research. 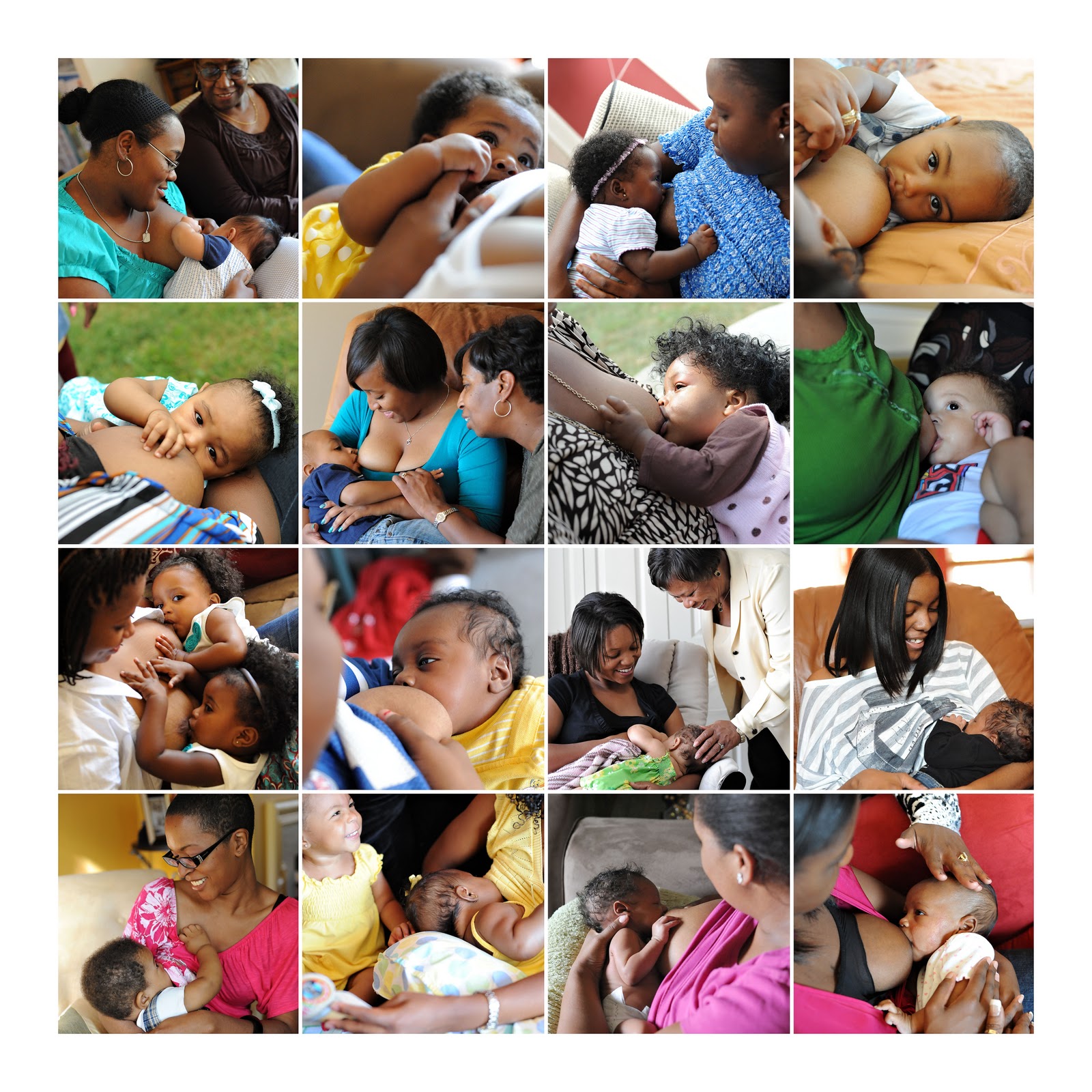 One thing was bothering Dr. Arcaro about the hundreds of breastmilk samples she had collected and analyzed – they were overwhelmingly from Caucasian women. She knew that African American women have a different pattern of breast cancer than white women. The rates of breast cancer in premenopausal black women are higher than in white women, and breast cancer in young women is generally more aggressive, leading to a higher mortality. Her goal is to develop an accurate model for breast cancer risk for all women, not just certain populations who traditionally participate in cancer research. To ensure her findings applicable to all women, she began working to recruit African American women to donate breastmilk samples.

While several funders told her that it would be impossible to collect large numbers of breastmilk samples from African American women, Dr. Arcaro found an enthusiastic partner in the Avon Foundation for Women, which is providing funding for the collection and analysis of milk samples from 200 African American women around the country. A few months into this project, she and her study team are well on their way to collecting these samples. African American women have expressed great enthusiasm for this project – the lab received expressions of interest from over 60 women in just the first 48 hours after recruitment began!

Another key part of this project is to recruit African American women (who don’t need to be lactating or any particular age) to sign up for the Love/Avon Army of Women – a project aiming to recruit one million women to sign up to participate in breast cancer research. Dr. Arcaro’s biopsy study benefited tremendously from participation in the Army of Women, making recruitment of women to donate milk fast, inexpensive and efficient. But having African American women well represented in the Army of Women is key, for her research and many others’. So Dr. Arcaro hopes you’ll help increase the number of African American women registered (and be sure to select “breast milk study” in the drop down menu to help us track our impact).

Dr. Arcaro’s lab is one of the few in the world which is consistently investigating the secrets breastmilk holds for our understanding of breast cancer. You can learn more about Dr. Arcaro’s work, and see if you or mothers you know might qualify for one of her studies, at the website of the UMass Breastmilk Lab, and follow the lab on Facebook.

Tanya Lieberman, IBCLC is a lactation consultant who has worked in pediatric and hospital outpatient settings. She writes the Motherwear Breastfeeding Blog, for the Best for Babes Foundation, for Motherlove Herbal Company blog, among other websites. She is co-author of Spanish for Breastfeeding Support (Hale Publishing, 2009). She has been a member of several Dr. Kathleen Arcaro’s study teams, working to recruit mothers to donate milk samples. Before becoming a lactation consultant she was senior education policy staff in the California legislature. She lives in Massachusetts with her husband and two children.

7
By lactationmatters on 14 June 2012 in Breastfeeding News, Research

This is Part 1 of a 2-part series on the research of Dr. Kathleen Arcaro.  Please check back tomorrow about specific information about how to help your clients become involved in this research. 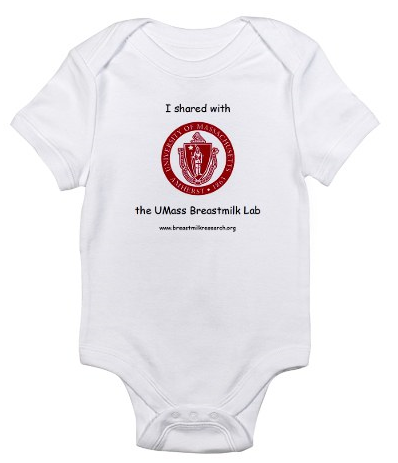 To the many wonders of breastmilk, add another possible one: Clues to your breast cancer risk.

Are you at high risk for breast cancer? Despite years of breast cancer research,it’s very hard to know. You may have heard that family history puts you at greater risk, but the startling fact is that 8 out of 9 women diagnosed with breast cancer have no close female relative with a history of the disease. Women with “the breast cancer gene” (BRCA) know they’re at higher risk, but they account for only a small number of new cases.

Enter Dr. Kathleen Arcaro of the University of Massachusetts, Amherst. An environmental toxicologist by training, Dr. Arcaro had been studying pollutants in breastmilk for years before she became curious about what breastmilk could tell us about breast cancer risk.

Breast cells are key in breast cancer research, but are notoriously hard to get. You can get a limited number through biopsy or extracting nipple aspirate (ouch!), but neither of these methods sound like much fun to most women. They also have limitations: breast biopsies only yield cells in a very small area of a breast, and nipple aspirate produces very few cells for analysis.

It’s been clear for some time, though, that ductal breast cells naturally slough off into breastmilk. The cells in breastmilk of course come from all ductal areas of the breast, and they’re plentiful – an average of 30,000 per milliliter.

Until very recently the presence of these cells in milk was only an interesting footnote in the literature. But with the advent of DNA analysis, the breast cells in breastmilk suddenly became an extremely valuable resource. Scientists could now extract DNA from these cells and look for patterns of “methylation:” the presence of methyl groups that attach to key parts of our DNA which are thought to regulate its functioning in important ways.

For example, some parts of our DNA are known as “tumor suppressor genes.” As the name implies, these genes tell our cells to stop the growth of tumors – a key way our bodies protect us from cancer.

But if a methyl group attaches to this gene, it can essentially turn it off – kind of like you would a light switch. This leaves us more vulnerable to the growth of tumors. In a cancer prone area of our bodies like the breast, their function is critical.

Taken collectively, these alterations to our DNA are known as our “epigenome,” (yes, you have one) and they have an even bigger influence over our health trajectories than the DNA we were born with. Factors like diet, smoking, exposure to toxins, stress, and exercise all contribute to the functioning of our DNA and our health.

So, how do you get this breastmilk and the elusive cells it contains? Funders and researchers told Dr. Arcaro that getting large numbers of breastmilk samples wouldn’t be worth the effort. Too costly, too time consuming, and too hard to find willing mothers.

Undeterred, Dr. Arcaro began looking for milk. Spreading the word through lactation consultants and La Leche League leaders (and occasionally stopping a mother on the street), she found willing participants. She started driving from mother’s house to mother’s house, occasionally sitting on the floor at a “pumping party” at a pediatrician’s office or a La Leche League meeting. Far from finding it difficult to recruit moms, she found mothers enthusiastic to donate their milk in the name of breast cancer research. Many viewed their milk donation as a way of fighting the disease which had taken the health and sometimes lives of friends and family members. 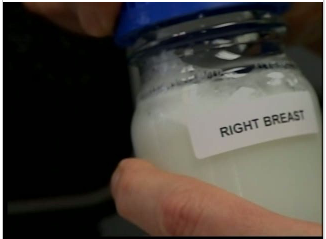 In 2009, Dr. Arcaro received a federal grant to investigate whether breastmilk could reveal patterns in breast cancer risk, by studying women who had or were planning to have a breast biopsy. These women were at a higher risk (though still relatively small) of developing breast cancer. Would their DNA methylation show it?

Dr. Arcaro indeed found that certain patterns of methylation are correlated with a higher risk of breast cancer. She has since published two papers demonstrating this, and there are more to come.

Two things make this finding important: One is the hope that one day women might be able to get a personalized breast cancer risk profile and not just learn how to get bigger breasts. The second possibility is that once the “target” methylation is revealed by this research, new treatments may actually be able to reverse it. Amazingly, some of the first generation chemotherapy drugs are in fact “anti methylating” agents – drugs which can actually remove methyl groups from your DNA, allowing your DNA to function properly in the fight against cancer. Dr. Arcaro would even like to see if some dietary changes might actually reduce methylation, which she could measure in milk.

Check back tomorrow for Part 2 of this series on the work of Dr. Kathleen Arcaro where we will discuss what she discovered about the mothers who were donating their milk and what is being done to specifically address the needs of high risk groups.

Tanya Lieberman, IBCLC is a lactation consultant who has worked in pediatric and hospital outpatient settings. She writes the Motherwear Breastfeeding Blog, for the Best for Babes Foundation, for Motherlove Herbal Company blog, among other websites. She is co-author of Spanish for Breastfeeding Support (Hale Publishing, 2009). She has been a member of several Dr. Kathleen Arcaro’s study teams, working to recruit mothers to donate milk samples. Before becoming a lactation consultant she was senior education policy staff in the California legislature. She lives in Massachusetts with her husband and two children.