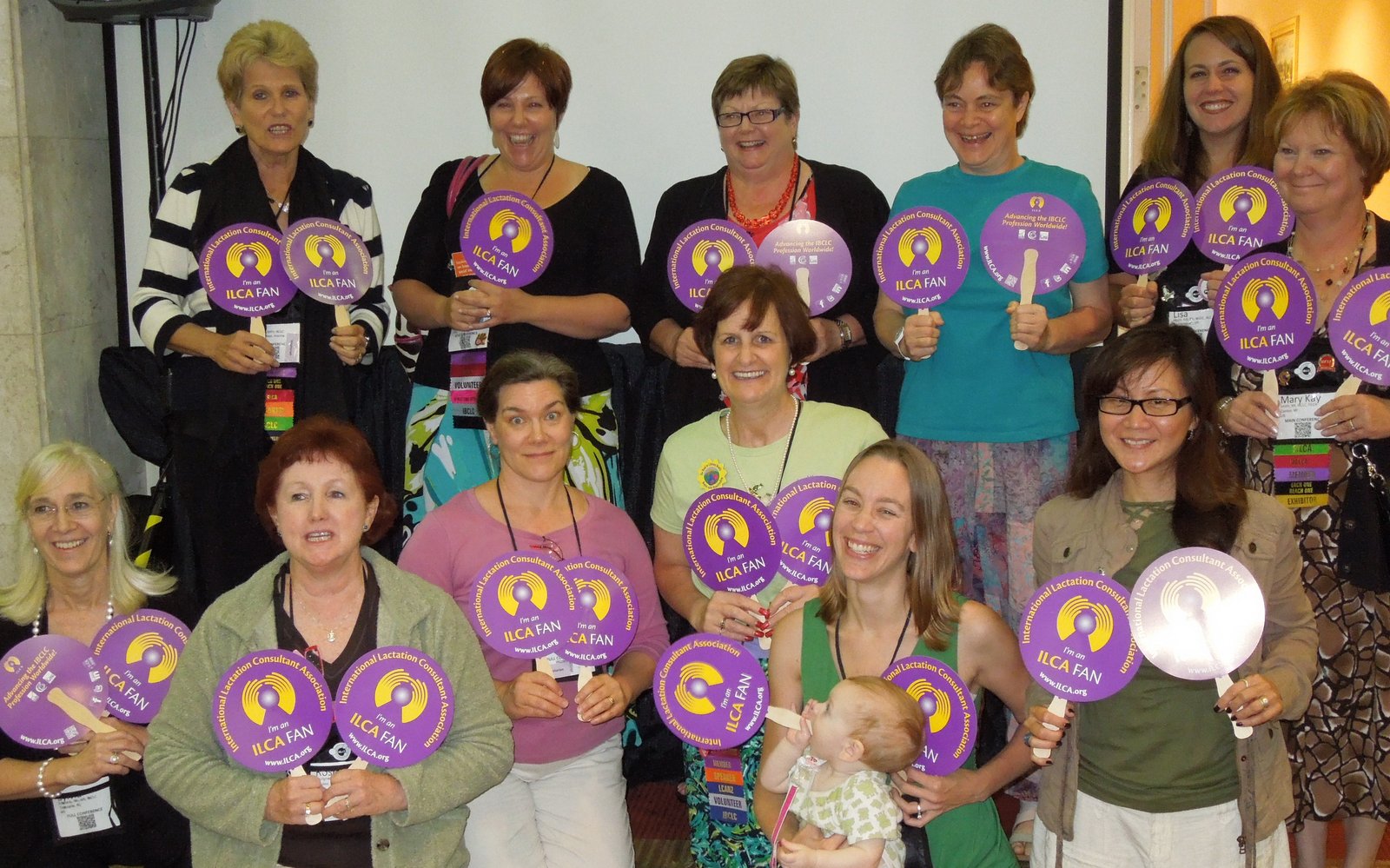 Although my oldest son is the reason I got into lactation, my youngest has borne the brunt of my lactivist enthusiasm by virtue of being born after I became an IBCLC. For the first week, his every latch was overanalyzed and photographed, and my researcher self will admit to saving an ounce of breastmilk for future study everyday for the first 2 months after he was born. Along those same lines, we celebrated his 9 month birthday by attending ILCA’s 2012 Conference, the unofficial preparty for World Breastfeeding Week, and in the United States, National Breastfeeding Month. There, we met up with friends and lactation rockstars (some of whom are one in the same!) and I not only increased my breastfeeding knowledge, but also began to see the potential of social media in breastfeeding advocacy and support. 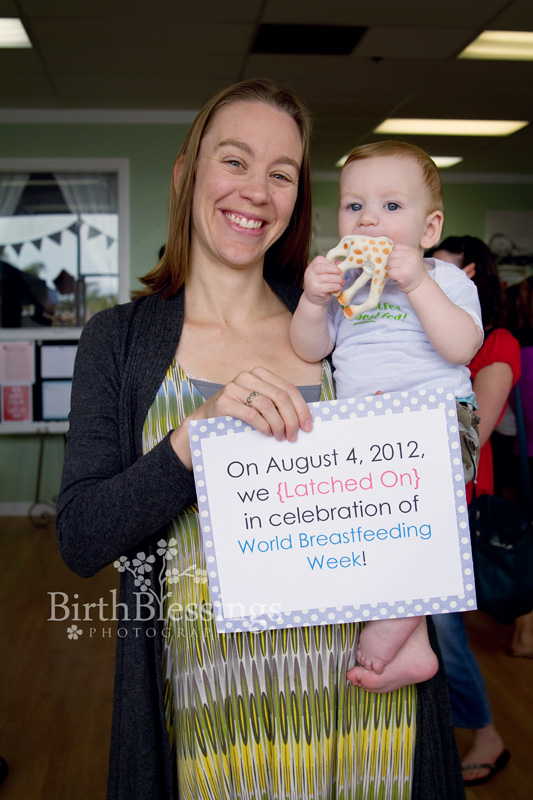 For those of us in the US, August 1 not only marked the first day of World Breastfeeding Week and Month, but also the day that many of the breastfeeding provisions of the Affordable Care Act went into effect—Hooray!! Starting that week, my Facebook and Twitter feeds were all a flutter with breastfeeding twitter parties, and excitement about the Great Nurse In on the US Whitehouse Lawn! For me, the highlight of the week was being part of The Big Latch On in San Diego. Arriving just in time for the Official Latch On, Noah and I mingled with the crowd and basked in the glow of happy mothers, sweet babies and supportive partners, and were lucky enough to have our picture taken. We were having so much fun that my family had to drag us out of that event to go to the beach.

Our celebration continued the following week when we got the chance to visit lactation rockstar (and former editor of Lactation Matters), Robin Kaplan at her breastfeeding support group. For those of you who don’t know, in addition to helping mothers and babies in person, Robin has a wonderful blog and has recently started an online radio show, aptly named The Boob Group. Robin chatted with me and helped mothers while Noah made a game of stealing toys from unsuspecting members of the support group who were not yet mobile….

That week my newsfeeds were humming with news stories, blogs and tweets about Mayor Bloomburg’s push to make New York City hospitals Baby Friendly. Although much of what went out from the news media was misinformation, it was heartening to see so many mothers and bloggers speak up, (even this one on CNN.com) to talk about the importance of the Baby Friendly Hospital Initiative and what it really means for hospitals, mothers and babies.

Meanwhile there were wonderful blog posts all over the internet in honor of World Breastfeeding Month. Some of my favorites were from people and organizations that celebrate breastfeeding all year long, such as this post from Best for Babes, 100 words (by Lactation Matters editor Amber McCann) and this one from Diana Cassar-Uhl. Mainstream parenting site The Bump even got on board, proclaiming Aug 15 Public Display of Breastfeeding Day, and asking mothers to tweet about where they were nursing their babies.

For the rest of the month Noah and I celebrated by breastfeeding anywhere and everywhere! 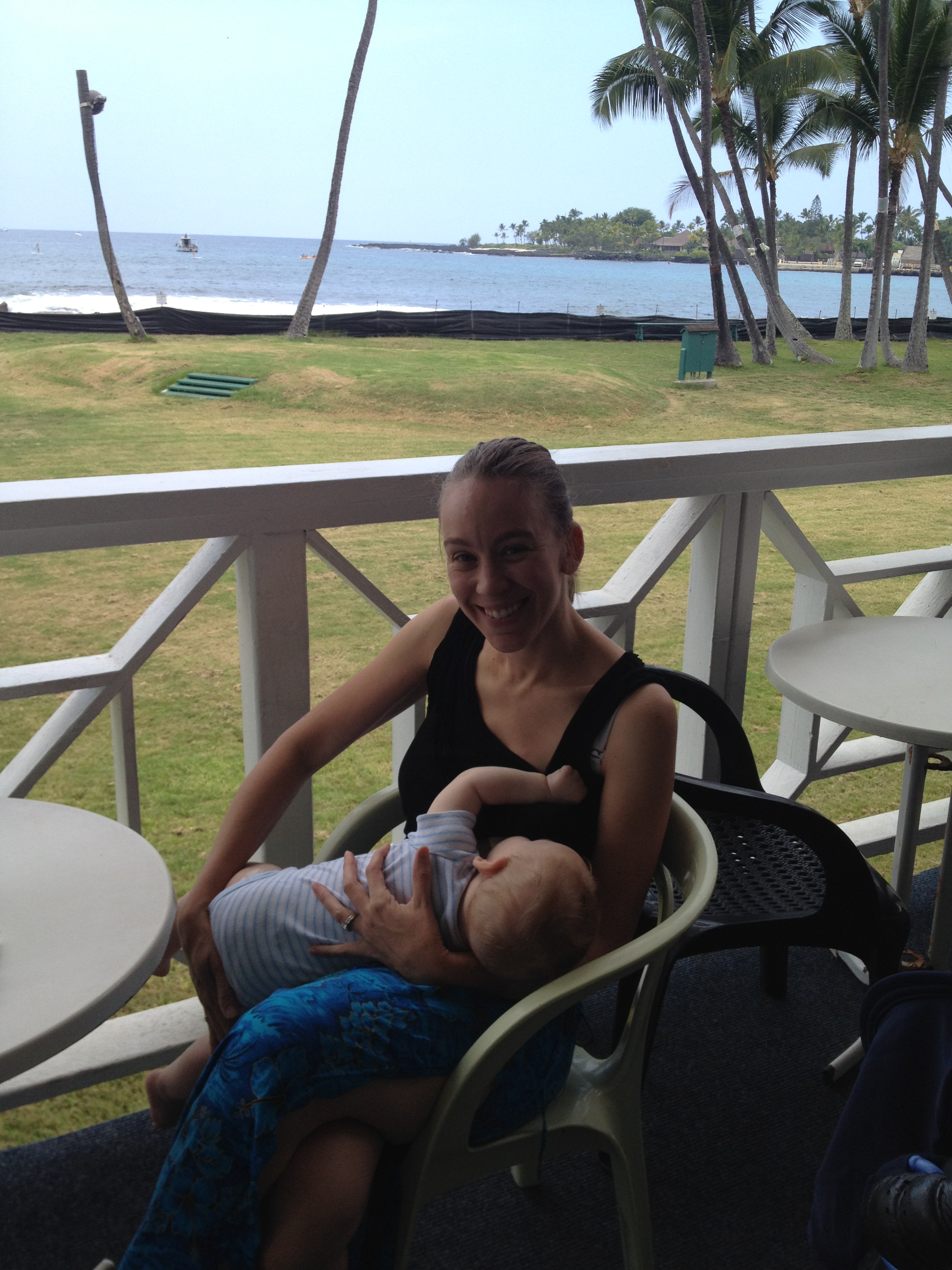 At the beginning of our celebration of World Breastfeeding Month, my little Noah was still toothless and the media outlets were reporting that reality TV personality, Snooki, pregnant with her first child, was hesitant to try breastfeeding. Now Noah’s sporting 2 sharp little incisors and Snooki is nursing! I can’t help but think–What a difference a month makes!

How did you Celebrate World Breastfeeding Month?

Send us your stories and photos!

Jennie Bever Babendure, PhD, IBCLC: I am mother to 2 active boys and an Assistant Research Professor in the College of Nursing and Health Innovation at Arizona State University. As breastfeeding researcher, I am constantly scanning the literature for articles that guide my research and inform my clinical practice. One of my goals is to increase the evidence base of our profession as lactation consultants. I feel it is important for lactation professionals to be aware of and contribute to breastfeeding research, especially when so much of it is fascinating! As an ongoing contributor to Lactation Matters, it is my hope that you will find the articles I highlight as interesting and informative as I do, and that you will use them to guide you in the important work of lactation professionals and breastfeeding advocates. For more research news and commentary, check out my blog at www.breastfeedingscience.com.