Editor’s Note:  While Lactation Matters typically publishes original material, occasionally we encounter a blog post that we feel especially deserves to be read by all IBCLCs and breastfeeding supporters.  This is just such a post.  It was originally published by Canadian RN and IBCLC Fleur Bickford on her blog Nurtured Child and she has graciously allowed us to republish it here.  You will have the opportunity to hear Fleur speak at this year’s ILCA Conference on the topic “Social Media as a Means to Protect, Promote and Support Breastfeeding”. 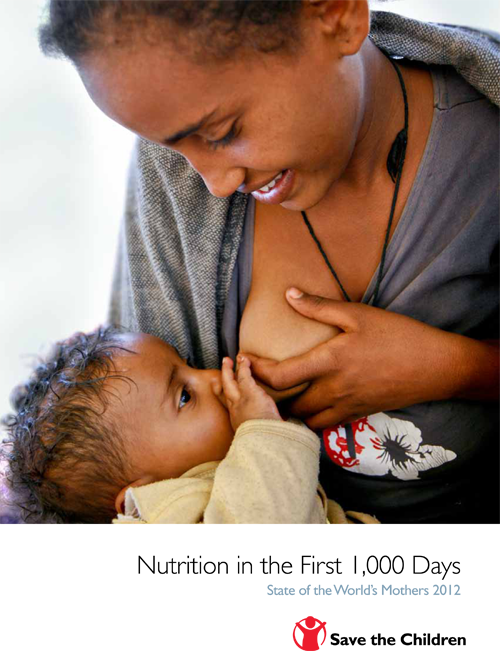 Photo via Save the Children

Every year, the non-profit organization and registered charity Save the Children looks at the health status, nutrition, education, economic well-being and political participation of women around the world to come up with their annual State of the World’s Mothers report. Along with providing rankings for 165 countries around the world, each report has a different theme.

This year, the report focuses on the critical impact of nutrition in the first 1000 days of life, starting with pregnancy. The report also contains an Infant and Toddler Early Feeding Score for 73 developing countries and a Breastfeeding Policy Scorecard which looks at breastfeeding practices, support and policies for 36 industrialized countries. You can read more about the best and worst places in the world to be a mother and the Infant and Toddler Early Feeding Score in this companion blog post.

The Breastfeeding Policy Scorecard for Developed Countries is new this year, and it provides an interesting look at support for breastfeeding in the industrialized world. Rankings are based on maternity leave laws, right to daily nursing breaks, percentage of hospitals that are baby friendly, state of policy support for the International Code of Marketing of Breastmilk Substitutes and breastfeeding practices. Of the 36 countries listed, Norway ranks first with a score of 9.2 and the USA ranks last with a score of 4.2. Canada ranks 31st with a score of 5.4.

From the report, we see that Norway is doing a wonderful job of supporting breastfeeding
mothers:

“Norway tops the Breastfeeding Policy Scorecard ranking. Norwegian mothers enjoy one of the most generous parental leave policies in the developed world. After giving birth, mothers can take up to 36 weeks off work with 100 percent of their pay, or they may opt for 46 weeks with 80 percent pay (or less if the leave period is shared with the father). In addition, Norwegian law provides for up to 12 months of additional child care leave,  whichcan be taken by both fathers and mothers. When they return to work, mothers have the right to nursing breaks as they need them. Nearly 80 percent of hospitals have been certified as “baby-friendly” and many provisions of the International Code of Marketing of Breast-milk Substitutes have been enacted into law. Breastfeeding practices in Norway reflect this supportive environment: 99 percent of babies there are breastfed initially and 70 percent are breastfed exclusively at 3 months.”

Compare this to the USA:

“The United States ranks last on the Breastfeeding Policy Scorecard. It is the only economically advanced country – and one of just a handful of countries worldwide – where employers are not required to provide any paid maternity leave after a woman gives birth. There is also no paid parental leave required by U.S. law. Mothers may take breaks from work to nurse, but employers are not required to pay them for this time. Only 2 percent of hospitals in the United States have been certified as “baby-friendly” and none of the provisions of the International Code of Marketing of Breast-milk Substitutes has been enacted into law. While 75 percent of American babies are initially breastfed, only 35 percent are being breastfed exclusively at 3 months.”

The differences between Norway and the United States is staggering (and Canada isn’t doing much better than the United States). For all the talk about “Breast is best”, North America is doing a very poor job of providing parents with the support they need to actually give their babies the “best”. Most mothers want to breastfeed. Breastfeeding initiation rates are high, but breastfeeding drops off rapidly in the early weeks after birth. This happens not because mothers don’t want to breastfeed anymore, but because they haven’t received the support they need to continue. Breastfeeding is natural, but it is also something that requires community support. Conditions during birth and the first 72hrs after birth are critical for establishing breastfeeding (hence the importance of hospitals being Baby Friendly) and it is important that mothers have sufficient time off of work to establish their breastfeeding relationship which encourages a longer duration of breastfeeding.

Although not specifically about breastfeeding, below are some other key points about the United States from the report that should really be cause for alarm:

In the United States, mothers face a 1 in 2,100 risk of maternal death – the highest of any industrialized nation. In fact, only three developed countries – Albania, Moldova and the Russian Federation – perform worse than the United States on this indicator. A woman in the U.S. is more than 7 times as likely as a woman in Ireland or Italy to die from a pregnancy- related cause and her risk of maternal death is 15 times that of a woman in Greece.

The U.S. under-5 mortality rate is 8 per 1,000 births. This is on par with rates in Bosnia and Herzegovina, Montenegro, Slovakia and Qatar. Forty countries performed better than the U.S. on this indicator. This means that a child in the U.S. is four times as likely as a child in Iceland to die before his or her 5th birthday.

The United States has the least generous maternity leave policy of any wealthy nation. It is the only developed country – and one of only a handful of countries in the world – that does not guarantee working mothers paid leave.

The United States is also lagging behind with regard to preschool enrollment and the political status of women. Performance in both areas places it among the bottom 10 in the developed world.”

An interesting (and again alarming!) point about Canada from the Save the Children Canada website:

The risks of not breastfeeding are well documented, and there is plenty of research on the best ways to encourage breastfeeding duration and exclusivity. The statistics from this report for the countries at the top of the Breastfeeding Policy Scorecard show that interventions such as requiring hospitals to be Baby Friendly, providing adequate paid maternity leave and supporting the International Code of Marketing of Breastmilk Substitutes DO work. This report should be a wake-up call for the countries at the bottom of the scorecard!

Below is the full list of where the 36 countries placed on the Breastfeeding Policy Scorecard. For the full details, and to see the score for each country, please refer to section 1:43 of the full report: 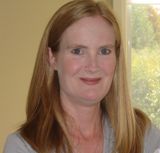 Fleur Bickford is a mother of two, an RN, IBCLC and retired LLLL. She worked in obstetrics as an RN for several years before taking time off to raise her family. During that time she gained experience in labour and delivery, post partum care and pediatrics. As a Leader for La Leche League Canada, she served as a member of both the Professional Liaison Department and the Social Media Advisory Committee. Currently, Fleur works in private practice in Ottawa, Ontario as owner and operator of Nurtured Child, and she is President of Ottawa Valley Lactation Consultants. Fleur maintains a blog, and is very active on both Twitter (@NurturedChild) and Facebook (NurturedChild).
4