Put a group of enthusiastic “Lactavists” in a room, give them a challenge and WOW, there is no holding back! 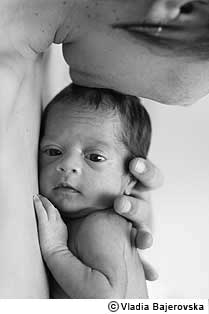 The story of Milk Matters Milk Bank in South Africa started 10 years ago at Mowbray Maternity Hospital in Cape Town where two of the  founding members were employed part time as lactation consultants. With the support of our colleagues, we collected 20 liters of milk only to discover, to our horror, that no one was interested in using our precious bootie … not surprising when the HIV rate in the country was over 25%.

Soon, our modern day hero, Dr Allan Horn, a neonatologist from Groote Schuur Hospital, heard about our precious milk. He was eager to use our pasteurised milk as he believed it could make a difference to the unacceptably high mortality and morbidity rates of the micro-premature babies in his unit. He was right and soon two other hospitals were requesting donor milk.

Those were small beginnings. We have since registered as a Public Benefit and Non Profit Organisation, improved our donor and milk screening techniques, developed posters, pamphlets and promo videos, sent regular articles to magazines and newspapers, developed a website, and established a presence on Facebook and Twitter. This has enabled us to dramatically increase the Milk Matters donor base. Subsequently, our processing rate has grown from one liter per week to almost six liters a day and it is still not enough. We supply donor milk to four large neonatal intensive care units on a daily basis and 24 other hospitals when the need arises.

Although we started “giving our milk away” at no charge, this had to change and we are now forced to charge a processing fee in an attempt to recover some of our costs. Our sustainability would not have been possible if it were not for the founder members who still offer their services voluntarily. 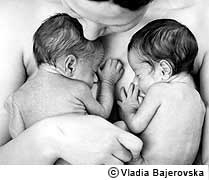 There is plenty still to be done. In a developing country where the exclusive breastfeeding rate at 6 months is a mere 8%, we could never rest on our laurels. The need to increase our breastfeeding rates as a nation is paramount. Donor breastmilk must never be viewed as a replacement for mother’s own milk, but it does fill the gap when ill health prevails or when mothers need the time to build up their own supply.

Encouraging all mothers to consider the impact of human milk is critical. Crippling, outdated information that “forbade” HIV+ mothers to breastfeed has changed and HIV+ mothers are now actively encouraged to breastfeed while they and their babies have access to antiretroviral (ARV) drug treatment. Twelve months ago, our National Department of Health called on each and every one of us to reinstitute breastfeeding as the norm in our communities. What’s more the Department is encouraging the establishment of donor milk banks throughout the country. Milk Matters has already helped in the setting up of 5 other milk banks and more are in the developmental stages. Our latest invite is from further afield, Malawi, a fellow African country to the north of us.

Please visit us on the web at www.milkmatters.org or on Twitter at www.twitter.com/milkmatters.

Louise Goosen’s full time career in breastfeeding started in 1986 when she also ran birth preparation classes for 7 years. She qualified as an IBCLC in 2003. She has been a member of the South African Breast Feeding Association for the last 30 years and been chairperson for over 10 years. Since its inception in 2002, she has been an active member of the South African Kangaroo Mothercare Foundation (KMC). After ten years at Mowbray Maternity Hospital as the resident IBCLC and BFHI co-coordinator, trainer and assessor, she has taken up the voluntary position as chairperson of the breastmilk bank, Milk Matters. She is also still involved with breastfeeding and KMC training for medical, physiotherapy, dietetic and nursing students.