By lactationmatters on 16 August 2012 in Networking/Relationship Building

As a follow-up to Tuesday’s post about mother-to-mother support, we asked Melissa Vickers to share about how she came to be a co-editor with Dr. Virginia Thorley on this project.

Try something with me…. Instead of looking ahead to where you’re heading next, turn around and look where you’ve come. How did you get to this point in time and space? Was it following a path you’d planned years ago, or did your actual path diverge? I suspect that few of us decided as young children, “When I grow up, I want to be an IBCLC!”

I decided early that I would be a teacher, and I did teach for five years. And then I had babies, discovered breastfeeding and La Leche League, and earned my IBCLC. I was still teaching – not in a classroom but in mothers’ homes. And, I’d added something else to my life, just as unexpected (to me) as becoming a mother-to-mother breastfeeding supporter: writing. And THAT has led to even more surprising opportunities.

My career path was no longer linear, neatly mapped out by college degrees and traditional job settings. My new path began to resemble the frog that happily jumps from one lily pad  to the next, combining opportunity with a little faith that the pad will hold her up and point her to the next interesting pad. 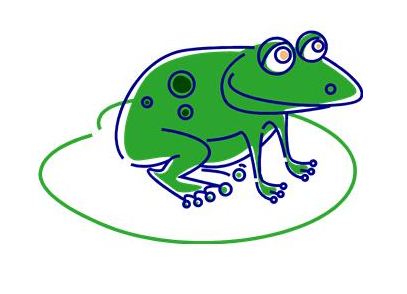 Writing for various La Leche League International (LLLI) publications led me to working with Rebecca Magalhães, former LLLI Director of External Affairs and LLLI’s link to World Alliance for Breastfeeding Action (WABA). Rebecca would periodically call me and say, “Hey, Melissa! How would you like to do this project?” I worked with Rebecca and others on the 2008 WABA World Breastfeeding Week Action folder, and that led to a booklet for WABA, Mother Support for Breastfeeding: Selected Statements and Excerpts about Mother Support in Key International Documents. Rebecca and Paulina Smith (another LLL Leader with WABA ties) and I worked as a team to create this document.

Meanwhile, on a lily pad not too far away, I was working on another serendipitous opportunity – I had the honor of working with Marian Tompson, LLL Co-Founder, to co-author her memoir, Passionate Journey – My Unexpected Life. I had never written a book before, but Marian was willing to take a chance on my eagerness to help tell her amazing life story. As that two year project came to a close, Rebecca was poised on the next lily pad, pointing this frog to her next opportunity.

Australian IBCLC, Virginia Thorley, had an idea for a book about mother support for breastfeeding that would include chapters written by authors around the world. She wanted help and asked Rebecca and Paulina if they would be interested. Rebecca recommended me as a possible co-editor.

I might have heard of Virginia on Lactnet, but I doubt that she’d ever heard of me. In any case, neither of us had a clue what working together on such an undertaking might be like. But we both trusted Rebecca’s faith in the other’s abilities, and we were both willing to make that leap to the next lily pad.

It’s interesting working on a project of this magnitude with someone you’ve never met before, and would only get to know through email. Thankfully, we hit it off, and despite working half a world away from each other, had just a few hours each day that we could both be at our computers. We shared our lives and the chapters we authored, and traded off editing the 18 chapters from authors around the world—some of them written by those for whom English was a second language. We plugged away at the task, despite very busy individual lives. We learned from each other and from each of our chapter authors, and collectively we created a tapestry of mother support, The 10th Step and Beyond: Mother Support for Breastfeeding.

When mothers are adequately supported to breastfeed, everyone−the baby, the mother, the family, the community−benefits. This kind of support, coming from many different facets of society, helps move us toward breastfeeding as the cultural norm and weaves a tapestry of support. Tapestries are both beautiful and strong, and the beauty and strength come from the diversity of types of support interwoven together. While any form of support can help a mother breastfeed her child, the synergistic effect of the tapestry makes it easier on that mother, empowering her to support other mothers. Ted Greiner has stated this idea succinctly:

Anything done by anyone on behalf of making the world a better place where breastfeeding works better for mothers and babies is doing a great service. It may seem small, but it all really adds up.

I’d like to think that through our book Virginia and I (and our chapter authors) have taken a few of those small steps (or lily pad leaps) to making the world a place where breastfeeding works better for mothers and babies.

Melissa Clark Vickers traded a career as a biology teacher to become mom, IBCLC, and writer. She also works as the IMPACT (Improving Maternal and Child Health Policies so All Children Thrive) Project Coordinator for Family Voices, a U.S. organization dedicated to family-centered care and advocacy for families with children with special health care needs.