By lactationmatters on 1 August 2015 in World Breastfeeding Week 2015 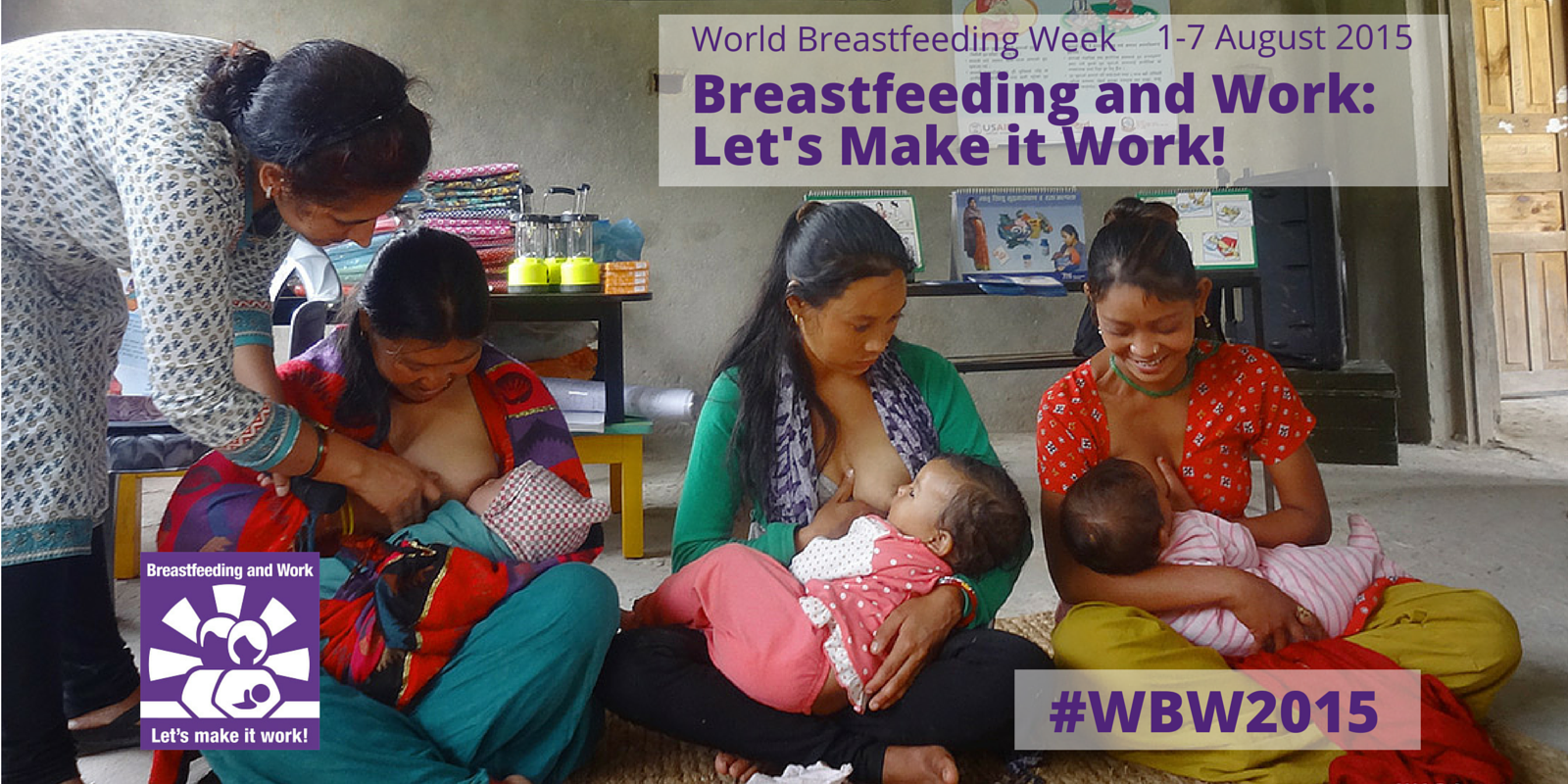 This week’s series addresses the importance of recognizing and supporting all types of work (this post), the fundamental three pillars of maternity protection, shorter term workplace solutions that support working women throughout breastfeeding, and worldwide examples of paid maternity leave in action.

Women’s work and women’s workplaces can vary immensely. Broadly defined, the work of women can take the form of paid employment, self-employment, and seasonal and contract work, as well as unpaid home and care work. The sheer diversity of women’s occupations make the task of indicating needed maternity protections daunting, but labor can be seen as being part of one of two main types: the formal/organized sector or the informal/unorganized sector.

The Formal/Organized Sector
The formal sector encompasses women workers and workplaces commonly thought of in regard to employment. This work is generally paid, full- or part-time, and likely involves a place of employment other than the home. Examples of work that falls within this sector are office or clerical positions, retail, professional healthcare, and public service.

According to the International Labor Organization (ILO), in 2012, less than one-third of countries’ national legislation satisfies even two of the seven provisions of ILO Convention No.183. These include the length of maternity leave, paid benefits, and payment schemes. Regarding length of leave, the majority of countries (85%) provide 12 weeks or more, in line with ILO Conventions No.3 and No.103, but only 53% of these countries provide more than 14 weeks, as stipulated in ILO Convention No. 183. Less than 20 countries provide 6 months or more postnatally (immediately after birth), which is important for exclusive breastfeeding. (For more on maternity leave, see this Lactation Matters post.)

Legalized breastfeeding breaks fare better, with 122 out of 182 countries having such a provision, but fewer countries have paid breaks (114 out of 182). Even taking legal breaks is a challenge and depends on effective enforcement, the working environment, and staff attitudes. Globally, this provision has progressed modestly since 1995, with only 15 more countries providing guaranteed breaks by 2015 .

The Informal/Unorganized Sector
Most global and national responses to maternity protection are policy based through maternity protection laws and practices. However, the majority of women needing such support work outside the formal work environment where such policies do not cover them. The home front is an especially challenging domain. Women do huge amounts of work but often face gender discrimination, violence, and/or abuse. This makes it doubly difficult for women to successfully integrate productive and reproductive work without cost to their own health and well-being.

The range of women working in vulnerable situations includes domestic workers, migrant workers (who also suffer from human trafficking), women in agriculture, and displaced people in conflict situations. In the world’s poorest regions, over 50% of the women work in vulnerable employment, characterized by low pay, long hours of work, and informal working arrangements.

Interestingly, there have always been women and communities that have found resourceful ways to support women who work and breastfeed in these informal settings. For example, women in many markets in Latin America and the Caribbean have created support networks to look after their children through informal care systems. Women in migrant and non-legal situations support each other to care for children left in their home country, and to ensure communication and solidarity mechanisms.

In the Philippines, the Alliance of Leaders of Workers in the Informal Economy/Sector (ALLWIES), representing about 700,000 vendors, sellers, transport drivers, waste pickers, etc. have organized lactation stations at their work sites following Breastfeeding Peer Counseling Training in 2014, using ARUGAAN’s Peer Counseling manual.
The group, PARE, who are garbage scavengers, was set up in Quezon City with the collaboration of UNICEF, ILO, and the World Health Organization (WHO).

In the province of Naga City, Camarines Sur, NAMASFED, a federation of vendors and sellers in the public market, set up a lactation room where people can avail themselves of the breastfeeding counseling and facility. It is run by the vendors themselves, who are also now involved in lawmaking to protect breastfeeding rights for workers through local ordinance.

There are also examples where governments have extended maternity protection laws to cover certain vulnerable populations, such as in Costa Rica, where all women, including migrants and those working in the informal sector, have access to health services.

With the increasing feminization of labor, countries need to strengthen maternity protection, especially for women working in the informal sector, and provide support services if rates of optimal infant and young child feeding are to increase. It is therefore urgent that breastfeeding advocates, together with women’s health, gender and rights advocates, trade unionists, and others seek collaborative ways to respond. Working with men, youth, and men’s groups is also important in order to sensitize men so as to increase their awareness and active involvement in supporting women, in fathering, and fatherhood. This will also help to build greater gender equality at the home, in the workplace, and in public spaces.

Whether a woman is working in the formal, informal, or home setting, it is necessary that she be empowered in claiming her and her baby’s right to breastfeed. It may be easier for women to claim their maternity entitlements in more formal work settings. However, in less formal work and home settings, women need to know about their rights to reproductive health, food, and safety. Any approach that supports women to combine employment and unpaid work with reproductive work must do so from an empowerment approach, so that women do not feel they are the recipients of charity. Maternity rights are the rights of all women and need to be supported, facilitated, and upheld as such.

What can you do to support women and families in both sectors gain the maternity protections they need?

0
By lactationmatters on 23 October 2014 in Breastfeeding Around the Globe, Clinician in the Trenches, IBCLCs around the globe 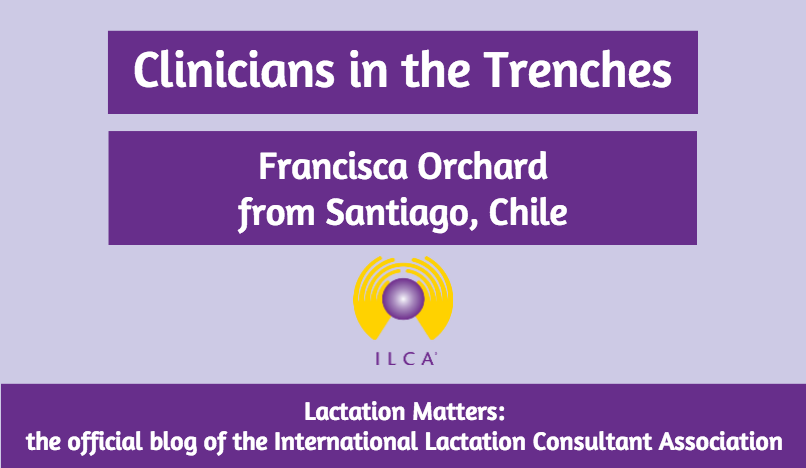 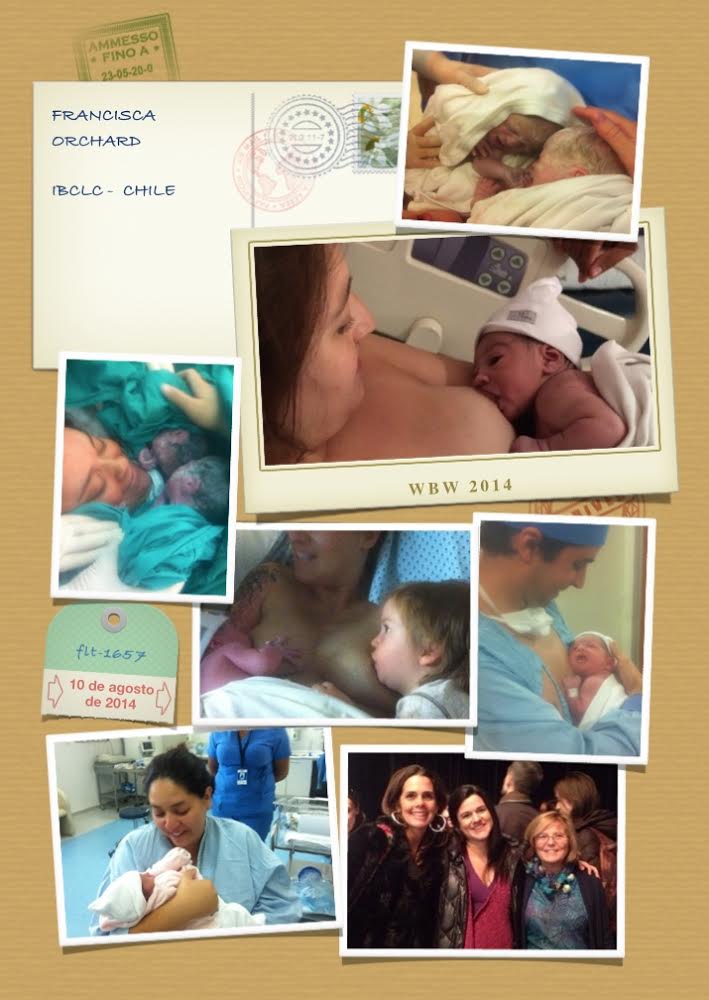 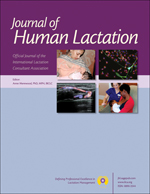 Even though we’ve wrapped up our World Breastfeeding Week celebration for 2013, The Journal of Human Lactation (JHL) is still celebrating all month long with FREE access to their journal. JHL is the premier quarterly, peer-reviewed journal publishing original research, commentaries relating to human lactation and breastfeeding behavior, case reports relevant to the practicing lactation consultant and other health professionals who assist lactating mothers or their breastfeeding infants, debate on research methods for breastfeeding and lactation studies, and discussions of the business aspects of lactation consulting.

JHL is offering free access to a number of their most-read articles through August 31, 2013. While ILCA members receive and have access to JHL as a member benefit, the availability of the free articles is especially beneficial for our colleagues from other disciplines.  Please share widely these resources to pediatricians, obstetricians, midwives, nurses, educators, researchers and general public.

Breastfeeding Protection, Promotion, and Support in the United States: A Time to Nudge, A Time to Measure

Impact of Male-Partner-Focused Interventions on Breastfeeding Initiation, Exclusivity, and Continuation

Provision of Support Strategies and Services: Results from an Internet-Based Survey of Community-Based Breastfeeding Counselors

Breastfeeding Duration in Relation to Child Care Arrangement and Participation in the Special Supplemental Nutrition Program for Women, Infants, and Children

What are your favorite JHL articles from the past year?  How have they impacted your practice?